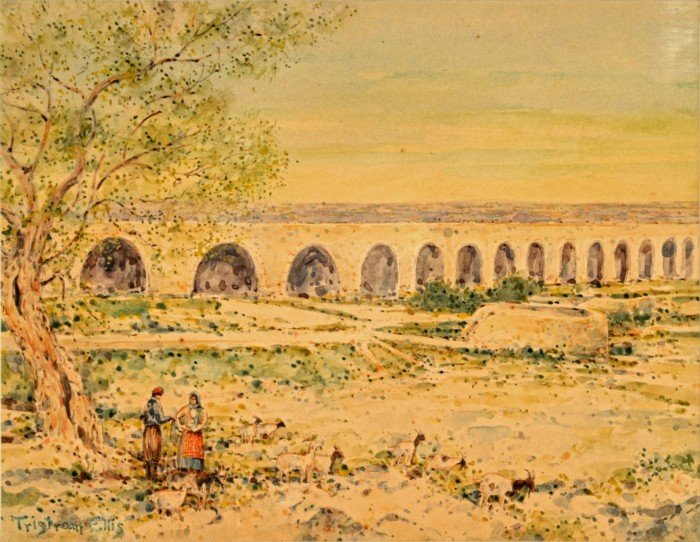 Ali Bey el Abassi on his way to Mazotos village came across the Larnaca aqueduct:

At a quarter past two in the afternoon of April 8 I left Larnaca, travelling S.S.W. I soon came upon an aqueduct of some length, but of poor construction. At a quarter past three I stopped for half an hour or so in the garden of a country house. As I left it the weather began to break, and though I pushed on, the rain caught me on the road. It was six o'clock when I reached Mazzotos. The plain which we crossed was rather fertile. At two or three miles from the road it is bounded by the sea, on the other side, at a somewhat greater distance, by mountains. Mazzotos is a poor village on good soil at the foot of the hills.