Did You Know? A Network of Proclivities 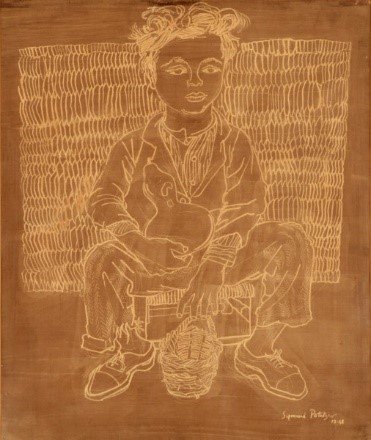 Christopher Hurst published in 1977 The View from King Street: An essay in Autobiography.

In it, the chapter titled To the Island of Venus, reveals much about the British on the island, especially the officers of the British army. It seems that during the late 1940s there was a strong movement of homosexuality amongst the soldiers but more so a network of pederasts who enjoyed themselves with Greek and Turkish boys.

Amongst them were some known characters like the artist Sigmund Pollitzer “somewhat Café Royal” as Antoinette Diamantis used to say. He was an intellectual but also a traveller and a sergeant in the Intelligence Corps during the war.

According to Hurst “Once he dropped a remark in passing that made it obvious that he was in the habit of consorting with prostitutes – he talked of having a “bit of nonsense” in the old city of Famagusta. I innocently imagined that he meant female ones, but later it came out that he was talking of boys. He had one particular love, a Greek Cypriot called Dino, who after a brief carefree period had shown signs of a nasty character and caused all sorts of grief, finally ending up in prison.” Another such character was Commander Cobley, generally known as Uncle Tom.

He was not frank about his sexual proclivities but after leaving the island it was known that he had made Cyprus too hot to hold him: He had committed an act of gross indecency with a boy in full view of everybody on the beach at Kyrenia and was put in prison. Richard W. had bought a share in a dry-cleaning business in the heart of Nicosia. It became apparent that the reason for his existence in Cyprus was the easy availability of young boys, for whom his craving appeared insatiable. He always used to say that the boys in Sorrento were affectionate whereas the Cypriot boys were mercenary.

Works by Sigmund Pollitzer can be viewed on the second floor of CVAR including the one above titled Ahmet and his basket. His last work in Cyprus is the Smiling Sun, a mural in the Cyprus Parliament building.