Did You Know? Mandrake or mandragoras 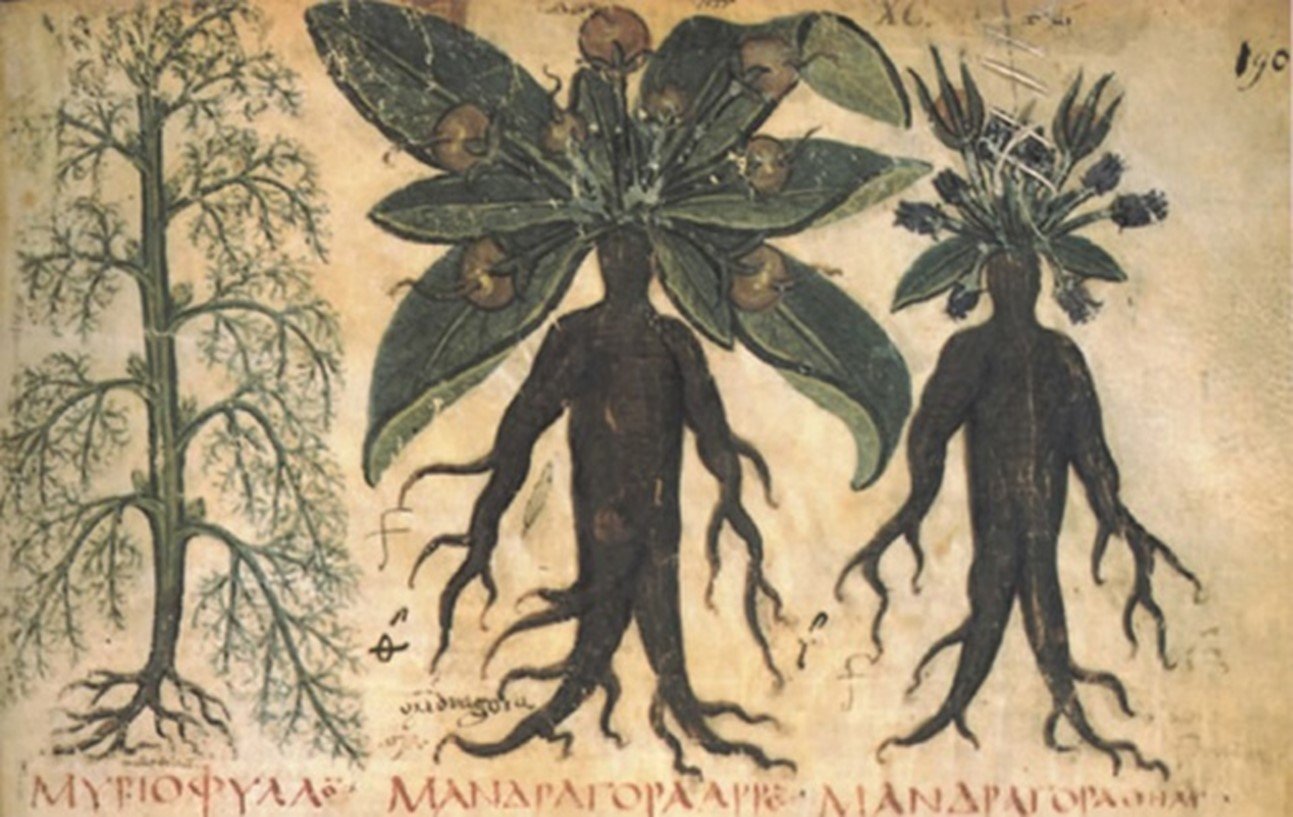 Mandrake, Master of the life breath, Satan’s apple, Manroot, Devil’s testicle, Circe’s plant, Mandragora. These are some of the names given to this plant which was considered one of the most important plants of the Mediterranean region for centuries. It is found in Cyprus in abundance. Known since antiquity, its use was much appreciated as an ailment having also magical qualities. Dioscurides gives long descriptive information at φ 90 about the mandrake or mandragora, male and female, or myriofyllo. During the medieval period the mandrake was thought to cure anything from infertility, to insomnia, to being an amulet for protection and a strong anaesthetic. The name of the plant comes from the shape of its root which looks like the human body. The plant is stemless, perennial and, in bloom, blue or yellow flowers emerge in its centre which turn into sweet smelling small yellow apples. The mandrake is a narcotic, emetic, sedative, hallucinogen, and very poisonous. Farmers looked upon the mandrake as a pestilence in their fields for fear of their animals and also because the plants created difficulties in ploughing. To get rid of the mandrake was not easy because the slightest morsel from its roots left in the earth would grow into a full plant again. So, they would gather the leaves, tie them with a rope and tie the other end of the rope on a donkey. They would make the donkey run and pull out the mandrake with all its roots. As it came out, the plant would make terrible noise like screaming. In older times it was believed that this screaming could make a person go crazy. Cyprus was known in the nineteenth century as the Mandrake of the Levant because it was believed that it was as difficult to uproot the people of this land as it was to uproot the mandrake from the earth.