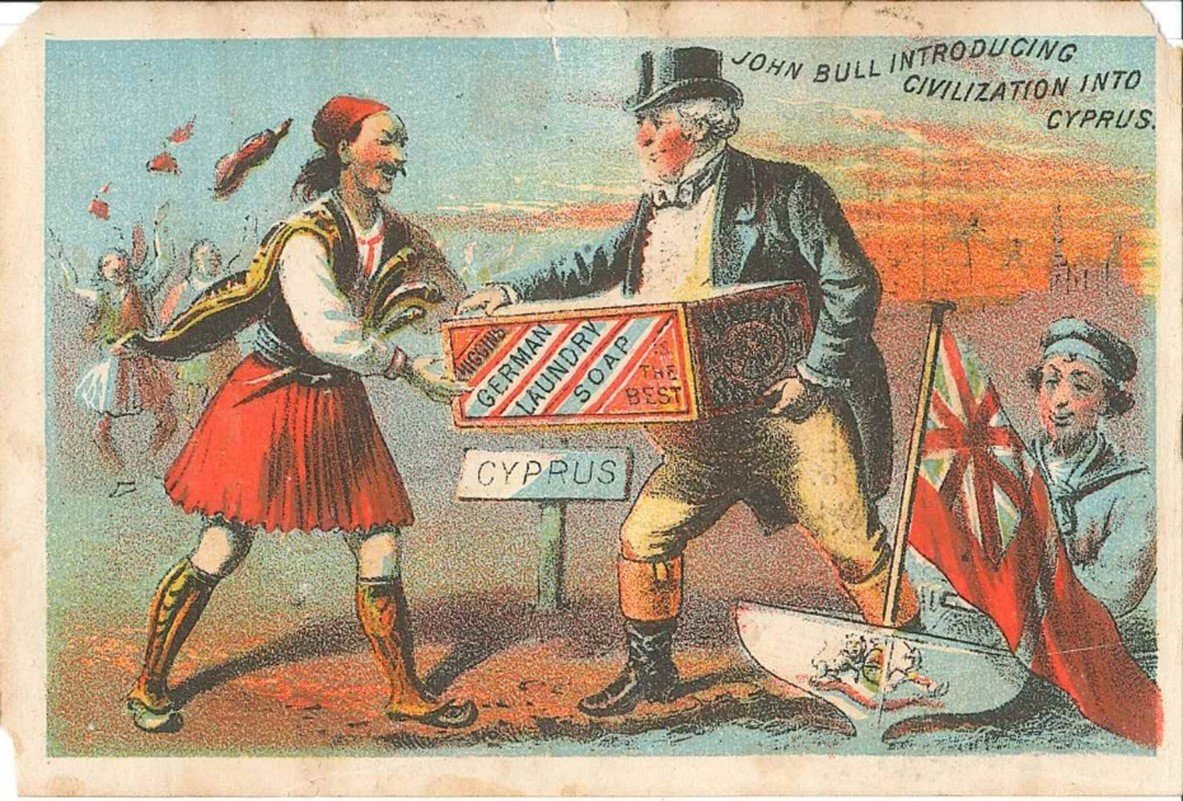 When England first took the island of Cyprus through the Anglo-Turkish Convention of 1878, a series of cartoons appeared in the press. The British had to justify their presence on the island and what better way than to claim their beneficial role in bringing civilization to the back of beyond, in this case, into Cyprus. The morality of the Victorians at the time dictated that being in such a foreign land would help the locals improve and learn the basic rules governing any civilized nation e.g. cleanliness, obedience, honesty etc. So, John Bull, personifying England, a stout and matter-of-fact man, is here introducing cleanliness to the Cypriots. Having just disembarked on Cyprus, he is offering to a local Greek a box of Higgins German laundry soap. Funnily enough, the soap is of American origin! He is basically appealing to making the life of the Cypriot women easier as the back of the card indicates:

“When at the Congress of Berlin John Bull added the Isle Cyprus to his real estate, to please his Cypriot subjects he set to work and strove to prove a better master than the Turk. To find a gift for them he searched far and wide, and his selection brought the women on his side. ‘Tis women rule the world; their wishes men obey, if they are satisfied assured is Britain’s sway to everyone he meets, as on the Isle he lands, a cake of Higgins Laundry Soap he hands. Said they: through you the finest soap we have procured, henceforth of our allegiance you may rest assured.”

The card can be seen on the third floor of CVAR in the British period display cabinet.