Did You Know? A dowry chest, cedar chest, or trousseau chest, is a piece of furniture traditionally used by unmarried young women to collect items for their dowry. 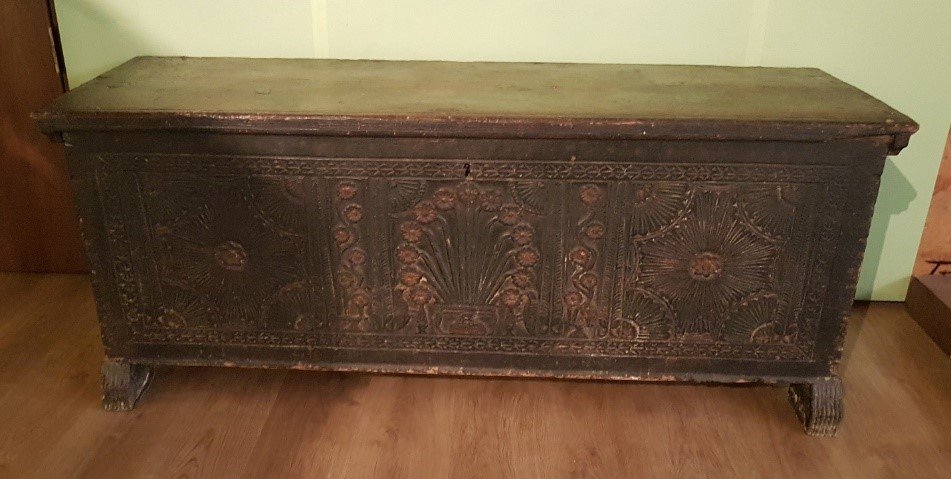 A dowry chest, cedar chest, or trousseau chest, is a piece of furniture traditionally used by unmarried young women to collect items for their dowry.

Upon coming of age, a girl had to prepare her trousseau, that is, apart from her personal clothes and effects also household linen. In Cyprus this went on till well into the sixties. It was a typical procedure towards marriage. The dowry chest would be moved to the new bride’s home and on the day of the wedding everything in it would be laid out and inspected by the guest who would admire especially the household linen.

This tradition was widespread from India to the Americas. In America the chest was called the Hope Chest, in England, the Bottom Drawer. The chests were usually rectangular coffers made out of pine or cedar. They were carved, decorated with designs such as flowers, cypress trees, vine leaves or grape bunches and sometimes even portraying buildings, or animals.

They were often painted black, or colours were applied on the decorations. Inside they were mostly rectangular and deep but sometimes they had small divisions or a small drawer for jewelry. Usually, the chest stood on four stout feet.

On the ground floor of the CVAR there is one such chest of the eighteenth century.