Did You Know? The Phoenix foundation stone 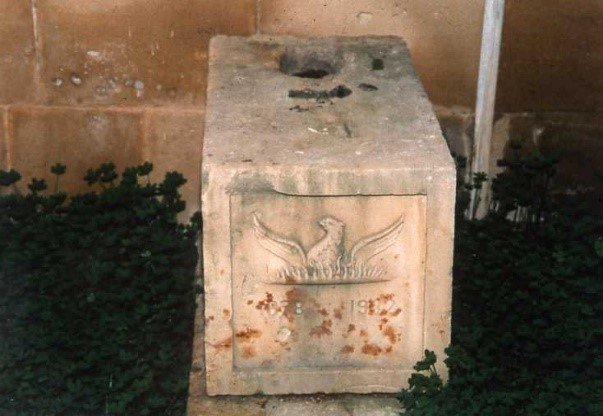 After the riots of October 1931 and the burning of Government House in Nicosia, the then Governor Sir Ronald Storrs commissioned new designs for a Government house. Unfortunately, he was not in Cyprus to see his plans materialise but before leaving he did have a ceremony whereby, he laid down the foundation stone of the new building. The rectangular stone had carved upon it the symbol of a phoenix, the word RESURGAM (I shall rise again) and the dates 1878-1932. Why the symbol of the phoenix?

The phoenix was a mythological bird which, according to Herodotus, lived only one at a time for at least 500 years. This purplish –red bird came from Arabia to Egypt, was associated with the sun and was reborn from the ashes of its predecessor. As its end approached, the phoenix made a nest of aromatic boughs and spices, set it on fire and died in the flames only for a new phoenix to rise up. The young one, would embalm its father’s ashes and take them to Heliopolis in Egypt and place them at the temple of the god of the sun, Ra.

On the top part of the foundation stone, there was a hole in which Storrs placed the gazette of the day, a series of the coins and stamps of Cyprus which celebrated the jubilee (1878-1928) of the possession of the island of Cyprus by the British and were specially issued by the regime in 1928. The foundation stone and the building of a new far larger and luxurious House aimed at proving that the British could not be deterred from their plans. They would rise again like the phoenix. Nevertheless, Storrs never saw his new Government House which was eventually cut down in scale and as luck had it was burnt again in another riot in 1974. Today, the foundation stone stands forgotten in a flower bed on the left of the entrance of the Presidential Palace.