Did You Know? The Jewish colony in Cyprus 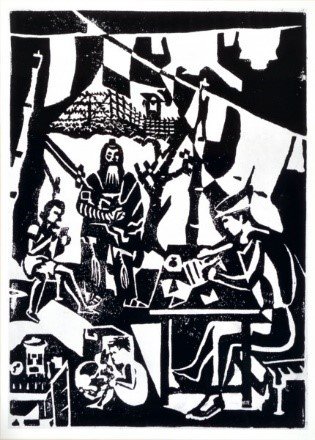 In 1946 to 1949, 52,000 Jewish refugees from Europe, on their way to the Promised Land, were stopped and detained in Cyprus by the British administration.

The British were asked by the Zionist authorities to delay massive immigration to Palestine because there was not enough infrastructure to receive the huge numbers. Thus, two major detainment camps were established in Cyprus, the Karaolos camp in Famagusta, and the Xylofagou camp for the younger detainees.

But of course, the Jewish refugees, having suffered much before reaching Cyprus wanted to cross over to Israel immediately. Tunnels were dug underground leading to the shore for Jews to escape, boats were hired to take them across. Most of the time their plans failed under the vigilant eye of the British military. In the camps, 2,200 children were born. The detainees, with meagre means, published their own newspaper to keep informed of the news of the world and through these camps passed 29 artists.

They got together and decided to make 29 books, one for each of them, containing engravings of their lives behind barbed wires in Cyprus. This series shows how they lived and kept their customs and traditions even under the difficult circumstances. For the Jews, the Cyprus camps were: “Cyprus is one stop on the painful path to the land of Israel. This stop means for the Jews barbed wires, a sentence to idleness and paralysis. But even under these circumstances there was life. This is what friends in the “Israel” Deportation Camp of Cyprus have brought to light.

You may view the engravings made by the Jewish detainees on the third floor of CVAR.