Did You Know? The Cyprus Bandit Hunt 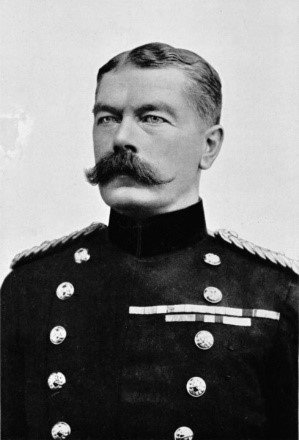 On 7 December 1881 he was informed that Lieutenant H. H. Kitchener, Director of Revenue Survey, based in Limassol and working at Pissouri area was shot at. The incident happened near Plataniskia. The next morning Donne went to Pissouri to examine the ground but found nothing.

Having returned to Pissouri, late at night he was given information by a local shepherd called Yanni that a man was hiding in a sheepfold nearby. Immediately Donne set off with two zaptieh (policemen). An hour later they arrived at the place where the bandit was hiding. It was in fact a cave inside a sheepfold. The officers surrounded the place and arrested two men, a shepherd and a notorious ruffian, an escaped convict from Nicosia, called Salih Bobi. Both had attempted to make a run for it but were pinned down by the policemen. Searching the cave, Donne found knives, and firearms. Both arrested men were led to Pissouri where it transpired that Salih was the one who shot at Kitchener and the shepherd was just hosting him in his cave.

Feeling satisfied with himself and his arrest, Donne went on to find other notorious bandits and murderers looming in the area called Molla Tahir and Antonis.

One can view watercolours by Donisthorpe Donne on the second floor of CVAR and pafrt of Kitchener’s map of Cyprus on the first floor.