Did You Know? Report on Education 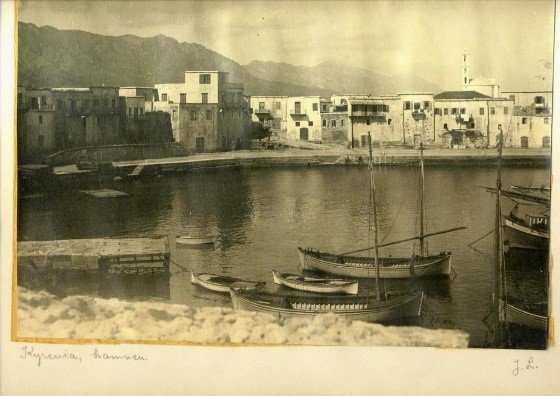 The Rev. J. Spencer reported on the state of education in Cyprus in 1880. His findings were presented in the United Kingdom’s Parliament under “Correspondence respecting the Affairs of Cyprus. C. 2930.”

“The first school which I inspected was that of Kyrenia, a town of 772 inhabitants (432 being Christians and 340 Moslems). The school of this town may be taken as a fair specimen of the country schools generally, showing both how much has been done by the unassisted efforts of the people in establishing them, and also how very much remains to be done in order to make them thoroughly efficient. The master is a young man of 22, named Nicocles Kallonas. He is a painstaking and anxious teacher, but unable without an assistant to keep order and give the attention required in so large a school. There were 54 children present on the day of my visit, 44 boys and 10 girls (one of the boys being a Turk, who said that he was sent there because they were taught nothing in the Turkish school of the town). These 54 children were all in one room (within the Church precincts) not at all too large, not sufficiently furnished with seats and desks, and not kept clean and properly ventilated. These remarks will apply to most of the country schoolrooms. It is quite the exception when they are otherwise. There were 12 classes, 7 of these consisting of those able to read from books, and 5 of those learning to read from printed sheets of elementary lessons pasted upon boards and hung upon the walls. These 5 lower classes stood all the time round the room, in front of their respective boards, having each with them a boy from one of the upper classes, showing with a pointer and incessantly repeating over and over again the letters or words to be learned. Of the 7 upper classes one at a time came up and stood round the master's desk, while the remaining 6 (when they were not moving about or running in and out) learned their lessons aloud, and so loudly that the master's voice could scarcely be heard for the noise and confusion that they made. I repeatedly asked the master to order silence, but it seemed impossible to maintain it, and indeed he said that the children were so accustomed to that method of learning that they could not learn in any other way.

The first class (of three boys) read from a book of “Selections from Ancient Greek Authors,” and construed the portion read, clause by clause, into the modern vernacular. They also parsed the words very elaborately, and repeated long portions of the ancient grammar from memory. The second class (of 7 boys) had a lesson of a similar character, but somewhat easier. The third class (of 3 boys) read a chapter from the British and Foreign Bible Society’s Modern Greek Testament, but so rapidly and with such bad pronunciation that it was almost impossible to know what was being read. They did not pay the slightest attention to any stops, even full stops; but hurried on without the least sign of their understanding the meaning, gabbling over as many words as they could get out without taking breath. No attempt seemed to be made to correct this bad habit; indeed, it seemed to be regarded as the proper thing, the object of the reading lesson being in all the classes to acquire glibness of utterance, and not at all the intelligent appreciation of what was read. The fourth class read a little book of extracts from the Gospel, very well selected, with questions and answers appended to each portion. From this little book a very useful lesson might be given, if the master knew how to apprehend the teaching himself, and to bring it within the comprehension of the children. But this, like all the reading lessons, was a mere mechanical affair, a learning of language only, and not of truths and ideas; facile utterance being apparently the sole object. The 5th, 6th, and 7th classes read from small elementary reading books with varying degrees of rapidity.

All the girls were very small and in the infant classes. The parents will not trust any other than very small girls anywhere (with the exception of Kythrea) to these masters. A great desire was expressed at Kyrenia that assistance should be given, if possible, in the establishment of a girls’ school. The secretary of the Church Committee (a man who bears a high character in the place, and is well thought of by the Commissioner) assured me that there would be from Kyrenia alone an attendance of from 35 to 40 girls, while if the five adjoining villages, S. Epictatus, Bella Pair, Casaphani, Carmi, and Trimithi, could be persuaded to avail themselves of it, there would be altogether 100 girls in the school. But without assistance, the Secretary said they were quite unable to establish it.

The children are so intelligent and so quick to learn that it seems a pity their minds should not be exercised more than they are by reasonable teaching, instead of being dulled by the ceaseless round of mere mechanical repetition, which under the present system their lessons are. In the lowest infant class (of 8) some were little more than babies. One could but pity the poor little things standing so long before their board of letters.

They have a graduated course of these printed sheets in large type, but they seem to me to weary the children by keeping them so long at the same one, with only a child a little older to keep dinning the letters, or syllables, or words into their ears, and no competent person to enliven the dreary lesson, and brighten the little minds by a picture or little story, or at least a cheerful word.

The lowest class but one had two children in it, learning their first syllables.

The next above it (8 little ones) were spelling words of two syllables. Above them two were reading very easy sentences, while the first class of infants (3) had longer sentences to master. But none of them read them. They knew them by heart. They knew the place of each word or sentence upon the board. The master of the Kyrenia school is very eager to learn English, and it seems a pity that he and others should not during their vacation have the opportunity of attending the English school which I have now established at my residence in Nicosia.

He seems to be a young man of good character, and very willing to be instructed. His pay is 4,500 piastres a year, with lodging. The “Local Church Fund” contributes 2,500 and the Monastery at Myrtu (which belongs to the See, and at which the Bishop resides) 2,000. I have omitted the writing, which was good in the upper classes. This lesson and arithmetic are always taken in the afternoon, the morning being devoted to reading. The infant classes then have their reading boards on the wall exchanged for a corresponding graduated series of arithmetical ones, beginning with the simple figures. The upper classes use slates. I heard the first class at the blackboard. They were doing sums after an elaborate rule for taking averages, and making a great talk over their work, repeating in full at an enormous pace the rule for every step of the process. The method was a cumbrous one.”