Did You Know? Flamingos - The national bird of Bermudas, the flamingos, visit Cyprus between November and March. 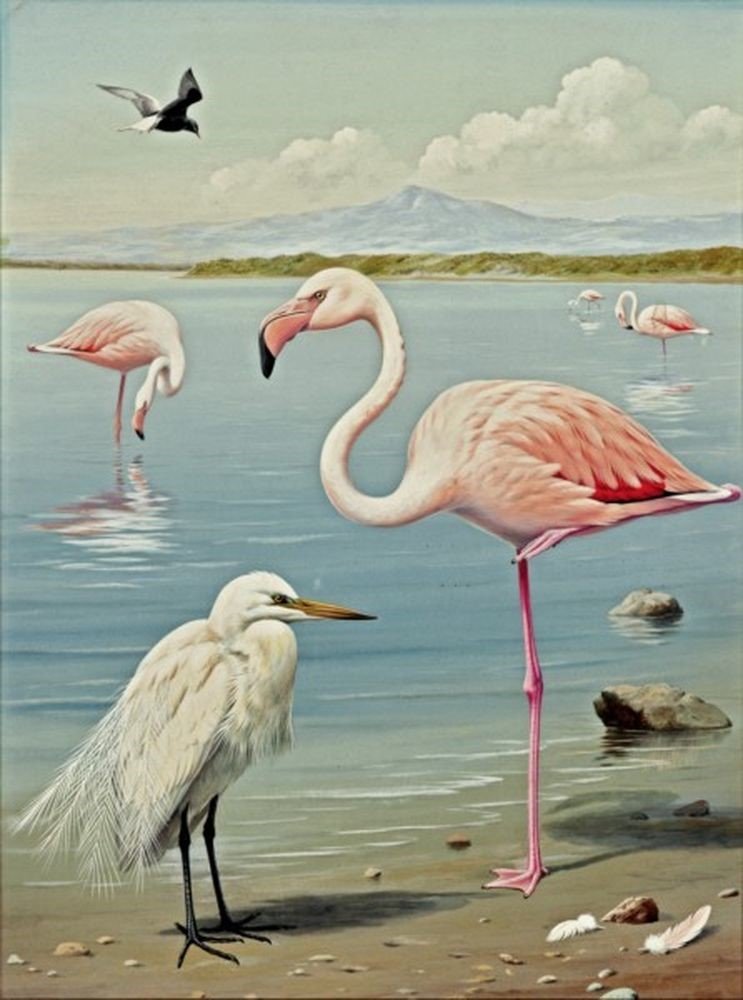 Did You Know? The national bird of Bermudas, the flamingos, visit Cyprus between November and March. They first land in the Larnaca Salt Lake in search of food, to rest and breed. If there is not enough water in the lake, they moved to Limassol Lake.

These pink birds belong to the family of Phoenicopteridae, and take their name from the Spanish word flamenco i.e., flame coloured.

Flamingos feed on brine shrimps and blue green algae, their colour coming from the shrimps. The redder the flamingo is, the healthier it is. Yet, underneath, their feathers are black. They find their food in the mud water with their legs, and their beaks are designed to strain animals out of the mud, and the muddy water is expelled. This happens as the flamingo’s head is upside-down.

From Pliny the Elder we read that in ancient Rome, the tongues of flamingoes were the greatest of delicacies.

The watercolour, by Reid Henry, appears as the frontispiece of Henry Bannerman’s book The birds of Cyprus, and can be seen on the second floor of CVAR.