Did You Know? Falcons 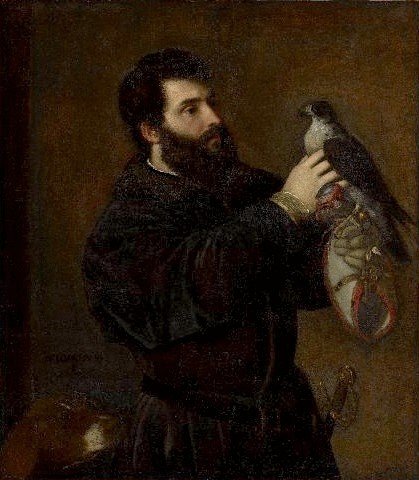 Falconry is the hunting of wild animals in their natural state and habitat by means of a trained bird of prey; squirrels and rabbits often fall prey to these birds but mostly winged game. This traditional Arabian sport grew throughout Europe. Falconry is an icon of Emirati and Arab culture. Falconers are used from ancient times for either to raise or trap birds of prey and train them to catch a variety of game, depending on the type of raptor used. Those who fly falcons pursue winged game like grouse, waterfowl and pheasants almost exclusively, since falcons generally hunt other birds.

Evidence suggests that the art of falconry may have begun in Mesopotamia, dating to around 2,000 BC. Falconry was probably introduced to Europe around AD 400, when the Huns and Alans invaded from the east. When hunting turned from being a necessity to being a luxury is unknown. Royalty among the ancient Egyptians and other civilizations in the Middle East hunted and have left us carvings, illustrations and texts. Romans, Byzantines and Islamic rulers also took up the practice, so it’s no wonder that the Ottomans did so too. But historically, falconry was a popular sport and status symbol among the nobles of medieval Europe, the Middle East, and Mongolian Empire.

As far as can be determined, all of the sultans up to the modern era hunted, even if only on palace grounds. Topkapı Palace was the centre for the sultans’ hunting expeditions in the Istanbul area, although they did use some of the other palaces in the vicinity. The birds they looked after included peregrines, lanners and sparrow-hawks. The use of the birds fell out of favour in the second half of the 16th century, during or after the reign of Sultan Selim II (1566-1574). In addition to the birds, dogs were used and valued so highly that they were known to wear silver collars. The Janissaries were charged with looking after the training and the welfare of these dogs, which were greyhounds and mastiffs. But to really hunt, the sultan had to go outside the city, and large hunting establishments and preserves were established throughout the Empire.

Cyprus was an island famous for its falcons. These were sold at very high prices, especially the Peregrine falcon a very powerful falcon with a stocky build. It has a very distinctive broad black line at the side of its head, which looks like a moustache. In flight, it can be told apart by its broad, pointed wings and its short tail. It usually flies in level flight, but when it dives, it can reach great speeds. It is the fastest bird in the world and the easiest falcon to train. The Eleonora falcon has long and pointed wings, a long tail and a slim body. There are two types of Eleonora’s Falcon: a dark brown morph and a lighter-coloured morph. Both morphs have distinctive dark brown wings, and both can be found it Cyprus.

Ludolf Von Sudheim, writing in the fourteen-century noted that “I knew a certain Count of Japhe who had more than five hundred hounds and every two dogs have their own servant to guard and bathe and anoint them for so must dogs be tended there. A certain nobleman has ten or eleven falconers with special pay and allowances I knew several nobles and knights in Cyprus who could keep and feed two hundred men at a less cost than their huntsmen and falconers.

It is believed that one of the reasons Sultan Selim II wanted the island of Cyprus was for its falcons.