Did You Know? Cyprus Cats 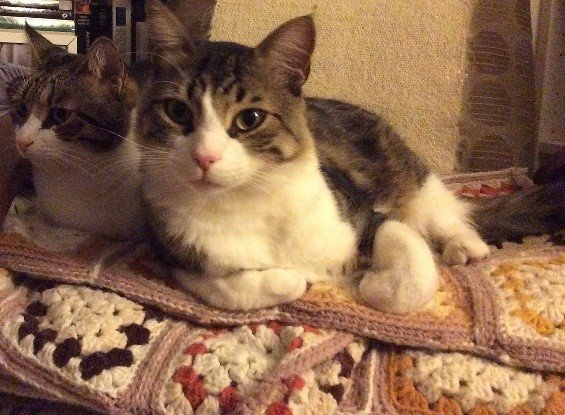 Cyprus cats, also known as Saint Helen cats, and Saint Nicholas cats, are found across the island. A breed is being developed from them; it is presently fully recognized by the World Cat Federation under the name Aphrodite's Giant; and provisionally by the International Cat Association as the Aphrodite.

The earliest known written record of cats on Cyprus refers to a story of Saint Helen of Constantinople sending two boatloads of cats to a monastery on the island in the 4th century AD to deal with an infestation of snakes. Cats in Cyprus have been able to breed for centuries with comparatively little outside influence; this has resulted in a distinct, locally adapted variety of cat which appears to have developed.

A paper by J.-D. Vigne, et al., concluded in 2004 that the discovery of cat (Felis silvestris lybica) remains in a 9,500-year-old grave in Cyprus is the oldest example to date of a cat in close association with humans. Jean Guillain working at the site of Shillourokambos uncovered carefully interred remains of a cat alongside human remains and decorative artifacts, on an island separated from the mainland since before human habitation, thus indicating human introduction of cats to the area. "Examination showed that a small pit or grave had been deliberately dug out, and the body of the cat was placed in it, then rapidly covered." The cat skeleton pre-dates Egyptian depictions of cats by 4,000 years or more. Cyprus cats of today are more likely linked with the monastery named Saint Nicolas of the Cats. The monastery had two bells, one to call the cats to meals and the other to send them into the fields to hunt snakes.

Local breeders began in 2006 to attempt to establish a standardized breed from local feral cats. In 2008, the World Cat Federation (WCF) visited Cyprus to work at a cat show and was introduced to a breeder of purebred cats developed in this trial breeding program from the Cyprus cats. Considering the cats distinct, he named them Aphrodite Giant. The president and board members of WCF advised that these Aphrodite cats should be shown outside Cyprus to become better known.

In addition, after many DNA tests it was agreed that "Cyprus cats are a distinct population within the Mediterranean" and that a "breed from Cyprus could be developed". In September 2017, The International Cat Association (TICA) recognized the cats, under the name Aphrodite, as a "preliminary new breed", in its own breed group and with both shorthaired and semi-longhaired varieties Some TICA members have started breeding programs for the Aphrodite in Europe, Asia, and the United States.