Did You Know? Banana Bottle 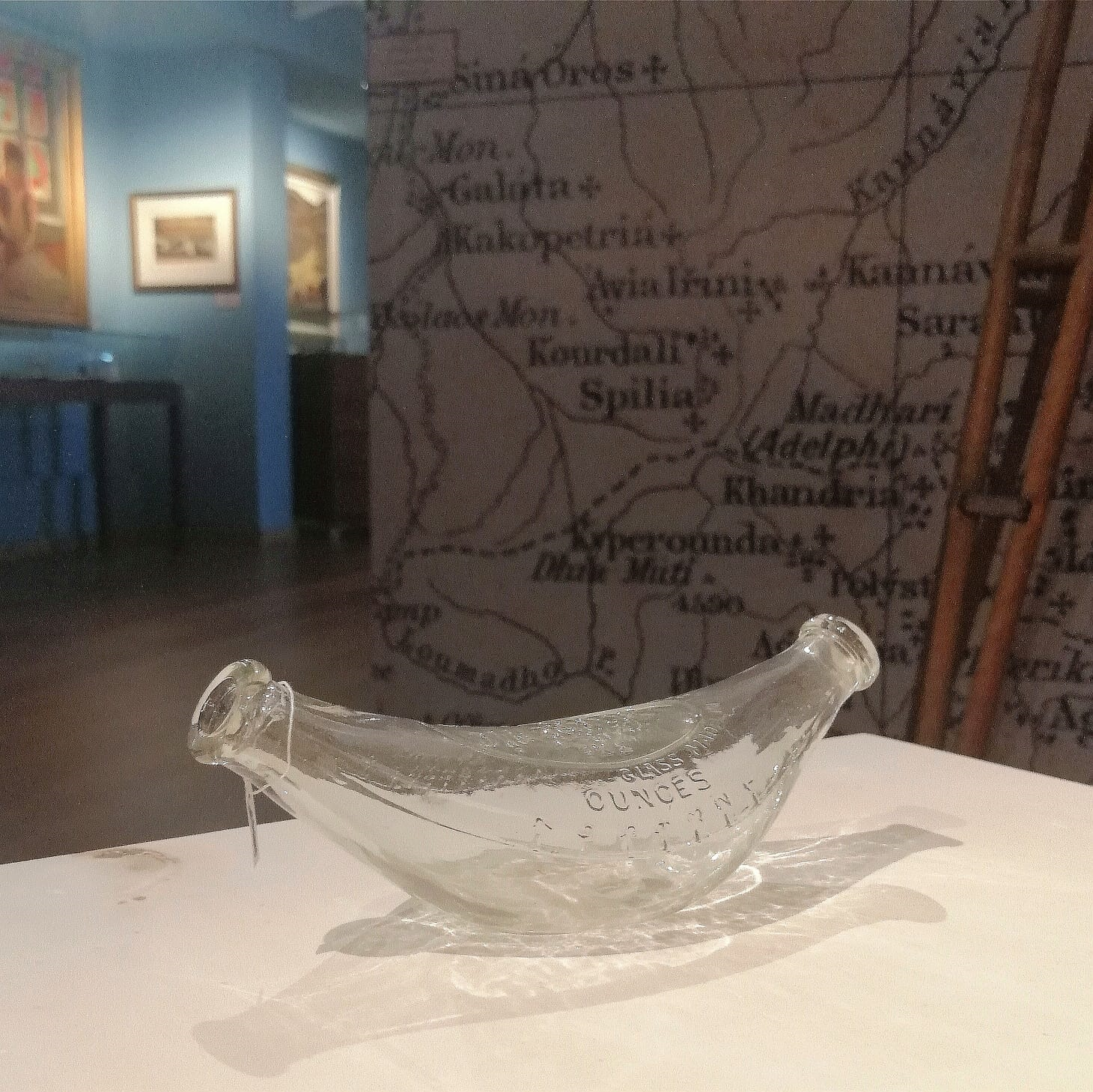 Feeding an infant was a primary concern of all civilisations throughout the ages. Mothers and caregivers always tried to find ways to feed children, when breast feeding was impossible. As early as 1500 BCE, Egyptian pottery shows images of women breastfeeding their babies and also using animal horns to feed them or containers with hard spouts. These had an opening at one end to fill the bottle with milk and another opening at the other end to go into the baby’s mouth.

Around 300 BCE the Romans blew clear feeding bottles of glass, whereas, leather and wood were also used. By the 1700s baby bottles were made from pewter, tin, and silver. In the United States, the first glass bottle was patented by C.M. Windship in 1841. It was intentionally shaped like the mother's breast. But bottles had serious problems with the health of the infants. By the end of the nineteenth century mortality due to unhealthiness rose to 20-30%. The bottles could not be cleaned properly and either too much air or milk flowed out of the teat.

Allen and Hanbury introduced a new bottle design with a removable valve and teat on the two ends in 1894, and an improved model, in 1900. This "banana" bottle was easier to clean. Sometimes referred to as the "hygienic bottle", it helped to improve survival rates. By 1922 pyrex bottles were introduced in the US. From there on, more innovations in both design and materials produced much safer baby bottles leading to today’s designs which can be sterilized for reuse or are of single use and both control fluid flow.

A “banana” bottle can be seen on the third floor of CVAR.