Did You Know? Austen Harrison - Harrison was born in Kent in 1891, a descendant of the famous novelist Jane Austen. 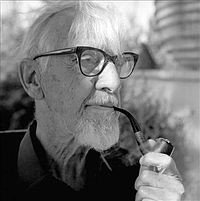 Did You Know: Harrison was born in Kent in 1891, a descendant of the famous novelist Jane Austen. To begin with, he pursued a military career but soon realized that he could not accept the horrors of war and backed out. He turned to architecture which he studied at McGill University in Canada and then at University College London. Following WWI, Harrison worked at the Reconstruction department for Eastern Macedonia in Greece and then, from 1923 onwards moved to Palestine where he was as Chief Architect to the Public Works Department.

Magnificent buildings still stand, such as the Rockefeller Museum, the Government House, the Mint building, the Post Houses in Jerusalem and Jaffa. But Harrison was not happy in Palestine feeling that British policy favoured the Jews over the Arabs, so he resigned his position in protest in 1937 and moved to Cyprus.

His friend Sir Ronald Storrs had invited him to the island in 1932 to build a new Government House. Unfortunately, due to high costs, but mostly to the fact that Storrs left Cyprus and his successor, Reginald Stubbs did not approve of Harrison’s plans, the designs of Government House never materialized. Instead, a smaller, less imposing building was designed by Maurice Webb and Harrison was dismissed.

But both Harrison and his partner Hubbard loved Cyprus and decided to stay on. They found a house in Lapithos village where they were known as the Hermits of Lapithos. While there, Harrison developed a great friendship with Lawrence Durrell, Freya Stark and David Bomberg whom he hosted in Cyprus in 1948-9. While in Lapithos, Harrison had a local handyman called Panos. Panos’s child found an unexploded bomb in an orchard near the house and tried to pick it up, resulting in his death. Yet another horror of war which affected Harrison immensely. He could not accept this therefore he decided to leave the island and move to Athens. In Athens he lived with the family of Dimitri Papadimos, a photographer and war correspondent. Harrison died in 1976 in the Papadimos home.