Did You Know? Cupping, or Ventosa or Βεντούζες 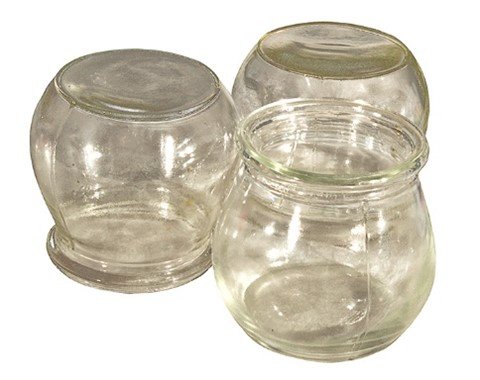 Cupping is a type of alternative therapy that originated in China. It involves placing cups on the skin to create suction. The suction may facilitate healing and, according to the Chinese, it can produce life force. Cupping was first performed by a famous Taoist alchemist and herbalist, CE 281-341. Cupping increases blood circulation to the area where the cups are placed. This may relieve muscle tension, which can improve overall blood flow and promote cell repair. Modern cupping is often performed using glass cups that are rounded like balls and open on one end.

There are two main categories of cupping performed today: Dry cupping, which is a suction-only method, and wet cupping which may involve both suction and controlled medicinal bleeding. During a cupping treatment the cup is often heated with fire using alcohol, herbs, or paper that’s placed directly into the cup. The fire source is removed, and the heated cup is placed with the open side directly on the skin. When the hot cup is placed on the skin, the air inside the cup cools and creates a vacuum that draws the skin and muscle upward into the cup. The skin may turn red as the blood vessels respond to the change in pressure. With dry cupping, the cup is set in place for a set time, usually between 5 and 10 minutes. With wet cupping, cups are usually only in place for a few minutes before the practitioner removes the cup and makes a small incision to draw blood. After the cups are removed, the practitioner may cover the previously cupped areas with ointment and bandages.

Cupping has been used to treat a wide variety of conditions. It may be effective against muscle aches and pains. It may help also with shingles, cough and colds, blood pressure etc. Cupping was practiced extensively in Cyprus until the early 1960s and it still has faithful believers in it. It was the cheapest method to help patients and a kind of home medical practice.

The cups in the photo are part of the CVAR collections on the third floor.