Did You Know? Christ Antiphonitis 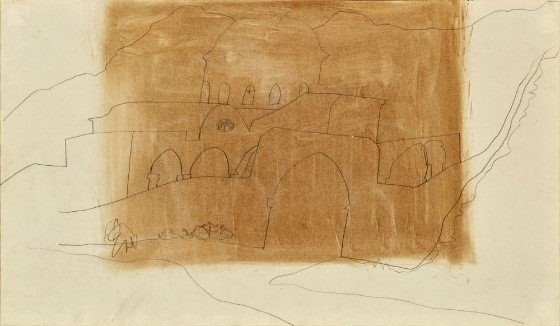 The name Christ Antiphonitis means "Christ who responds" and a number of Greek churches are so designated. The epithet appears to derive from a miraculous icon of some kind which responded to prayers, but no account of this icon in Cyprus is known.

The name is testified in the late medieval period. Writing in the sixteenth century, Stefano Lusignan recalls that Antifoniti was a fief belonging to his family, that his maternal grandmother Isabella Perez Fabricius founded the monastery of Antifonite and that his brother John (who had become a monk under the name Hilarion) died there.

However, it is believed that the church was constructed in the twelfth century and belonged originally to a Greek Orthodox monastery and only the narthex on the western side and the arcade on the south were added probably in the fifteenth century when the building was under the Latin church. The irregular shape of the dome is perhaps due to damaged sustained during the 1222 Cyprus earthquake.

The iconostasis was removed after 1975 and some individual icons panels from it were found with a private collector in the Netherlands. The Government of Cyprus engaged in legal action to secure their restitution. The church is notable for the graffiti and pilgrim records scratched into the lower frescoes during the eighteenth, nineteenth and twentieth centuries. They are predominantly in Greek but a few are also in the Ottoman Turkish alphabet. They are unique documents of popular history, telling us about the ordinary Cypriots who visited the building.