Did You Know? Charivari – Actualites 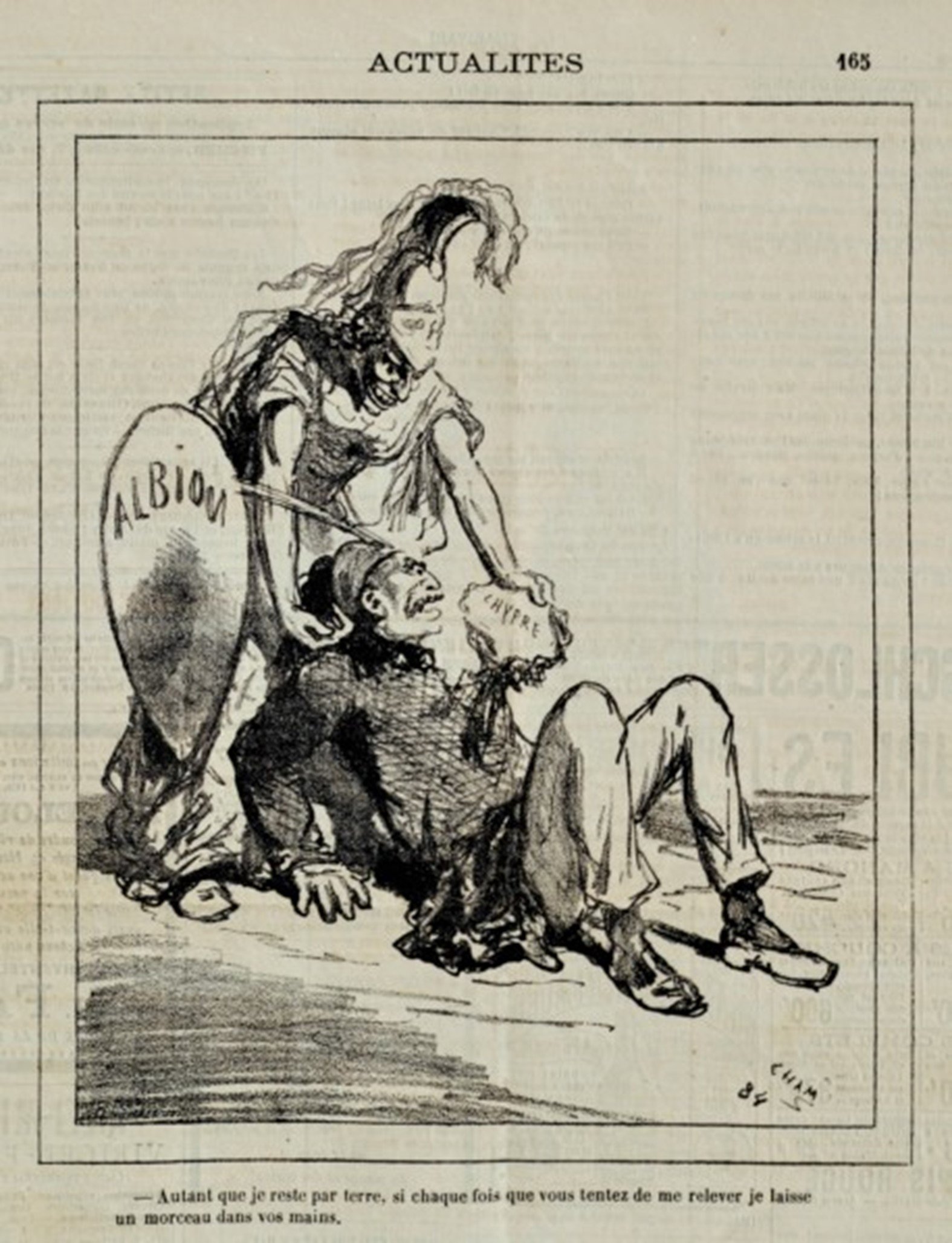 When England signed the Anglo-Turkish Convention in 1878 and took the island of Cyprus in exchange for guaranteeing the borders of Turkey against Russian encroachment, the French were furious. According to them, Cyprus should have been taken over by France, after all, it was a French kingdom for 300 years. The French satirical magazine Charivari, first published in 1832 (its British counterpart being the Punch, established in 1841), produced a series of cartoons on the subject. Amongst them, the one above where Albion, Britain, is seen trying to help the Sultan. He is on the ground and complains that each time Britain tries to lift him up, a piece of his body remains in her hands. In this case, Cyprus, the heart of the Sultan, is taken from him. The cartoon and others similar can be seen on the first-floor ramp of CVAR.