Did You Know? The arrival of Judge Frere to Cyprus. 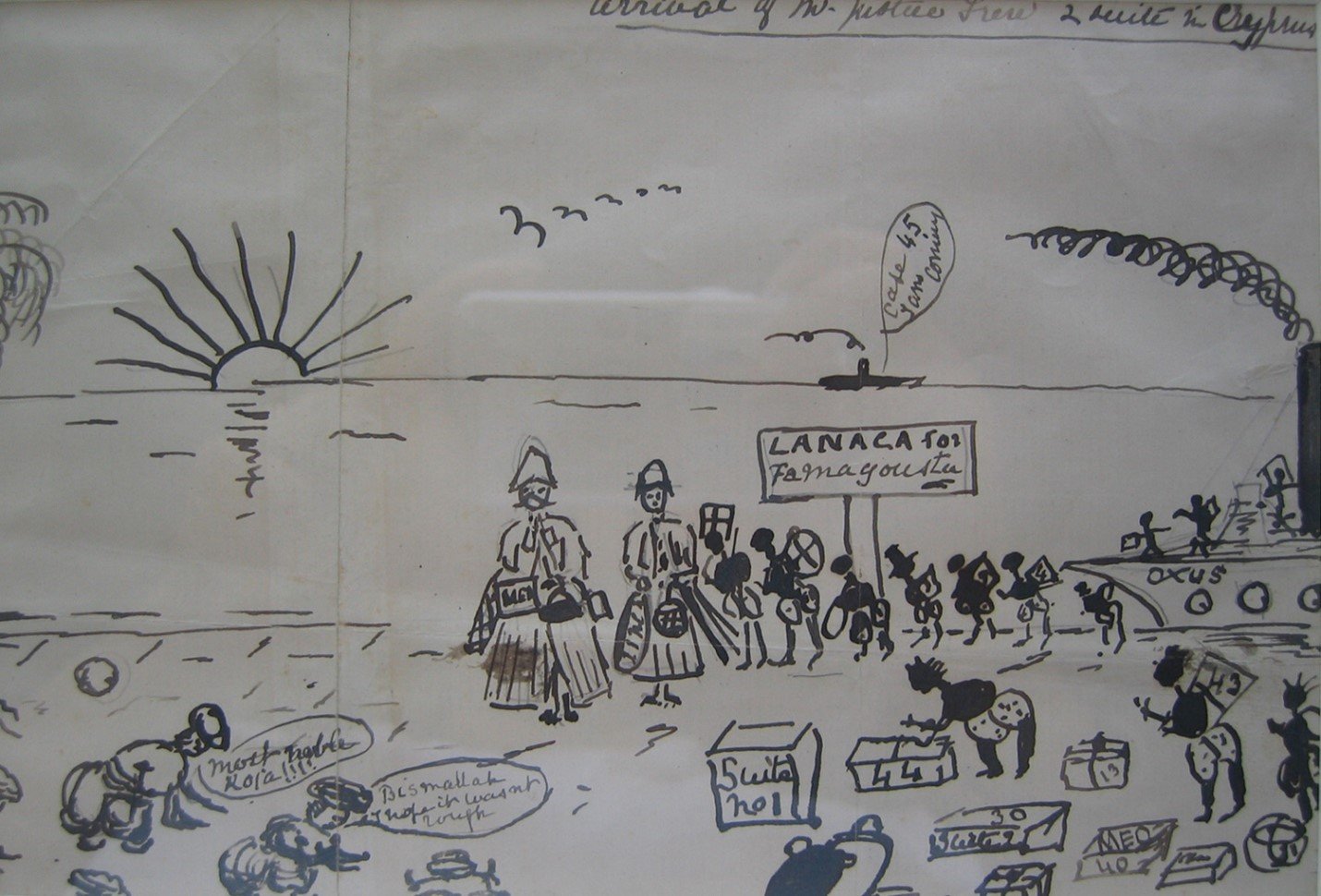 The pen and ink drawing by Gwendolyn Frere, is a caricature of the arrival of Justice Frere and his entourage in Cyprus by the ship Oxus. A Scottish member of the British administration, judge Frere arrived in 1897 and stayed for several years mostly in Famagusta. His daughter Gwendolyn was an amateur artist and horse lover. The drawing typifies the most extreme colonialist attitudes to subject people. It also highlights the differential ways in which separate ethnic groups featured in the British colonial imagination. The Greeks are presented as little black devils performing menial tasks such as carrying the luggage of his Justice on their backs. Others are helping to sort the luggage out on the ground. They all have their heads bent downwards and most appear in a row behind their British master. The declining size of these lowly Greek figures represents much more than an attempt to create perspective. It denotes the status difference between them and their last master. In contrast to the miserable state of the Greeks, the Turks appear at the forefront, bowing and welcoming the newly arrived judge. ‘Bismallah, I hope it was not rough’ and ‘most noble koja’ are terms of reference used by the Turks to address the present Master. In his capacity as a judge, Frere stands as a symbol of British colonial authority. Although servile to the new rulers, the Turks represent the island’s previous masters. In British perceptions, they appear fully dressed with turbans in marked contrast to the semi-naked native Greeks. The power imbalance between rulers and the ruled extend to the relationship between the Turks and the Greeks. The drawing can be seen on the first floor of the CVAR.