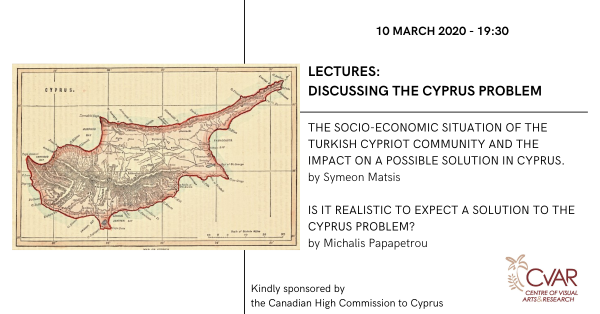 Symeon Matsis started his career in 1968 when hired at the Planning Bureau as an Economist Planner, until May 1995, when he was appointed Permanent Secretary serving in various ministries. He has participated in the negotiations of Cyprus with the European Union. After retiring in 2004 he served as private sector consultant, served as member of various Boards of Directors of various companies and Banks and in committees to deal with issues on solving the Cyprus Problem. He has also been involved in bi-communal groups over the years. More recently he has been active on boards of directors of non-profit organisations such as the University of Cyprus, Bank of Cyprus Cultural Foundation, CVAR etc. He now teaches at the University of Cyprus on the history of the Cypriot economy. He has written extensively on Cyprus Economic and Social Planning, Fiscal Policy, Foreign Borrowing, Labour force Issues and the Economic Development of the country, which he continues to study.

2/ ‘Is it realistic to expect a solution to the Cyprus Problem?’
by Michalis Papapetrou

Papapetrou has been active in the political scene in Cyprus, having been elected as Member of Parliament for AKEL in Nicosia in 1985 as well as being a member of its central committee up to 1989 and having acted as Member of Parliament, vice-president and president of ADISOK between 1990 and 1996. He went on to lead the United Democrats, in a role with which he also participated in the National Council. In 1999 he was appointed as Government Representative, a position he held until 2003. During that time he was also a member of the Negotiations Team and participated in talks with Rauf Denktaş organised by the UN. Since 2007, he is no longer active in party politics. He remains an active and politically engaged citizen, writing articles and participating in televised debates. He is a member of the Socialist Initiative as well as being a member of bi-communal groups working towards reconciliation between the Greek and Turkish Cypriot communities.