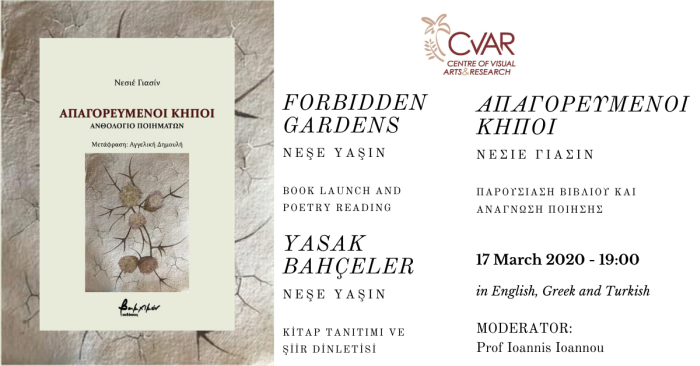 SILENCE
Is it the silence that is breaking my heart
Or do I hear the breaking sound of the heart
Due to silence?

Neşe Yaşın is a well-known poet, read on both sides of divided Cyprus. Her poem “Which Half?” written at the age of 17, was composed by the Greek Cypriot composer Marios Tokas and became an icon of identity, an unofficial anthem for a united Cyprus.
She has published eight volumes of poetry, one novel and a research book on literature. Selections from her poetry have been translated in more than 30 languages, in literary magazines and anthologies in different counties. A selection of her poems has been published in English with the title “Rose Falling Into Night”. She has participated in poetry festivals and readings around the world. Among others she has received the Anthias-Pierides Award in 1998.