Lecture: Representations of Cypriot Antiquities in Currency Designs - The Transition from Colonial rule to Independence

Join us on Monday 13 September 2021 at 19:00 for a lecture on Representations of Cypriot Antiquities in Currency Designs: The Transition from Colonial rule to Independence

This lecture will be presented by Dr Christina Roditou, Research Centre Manager, and will look at some of the following:

Cyprus emerged as an independent republic in 1960 that signaled the end of British rule on the island. The new government aspired to reinvent Cyprus’s national profile as a bi-communal state detached from its colonial past by designing and issuing new banknotes and coins to replace former colonial designs.

Motifs inspired by Cypriot antiquities were selected for their authority to serve as symbols of cultural heritage and identity. For example, representations of the Greco-Roman gymnasium of Salamis and the Ottoman Bekir Pasha in Larnaca were chosen for the design of the one-pound note, placed opposite one another, dominating the space where Queen Elizabeth II’ portrait used to be displayed.

However, Cypriot antiquities were appropriated by the British government to adorn the reverse side of the last colonial coinage series released in Cyprus in 1955 to serve a different agenda. Detached from their historical context, these motifs were selected to represent agriculture, mining, and trade in Cyprus in line with the government’s efforts to promote and showcase the island’s wealth-producing resources. This presentation sheds light on these opposing uses and exploitations of Cypriot antiquities and their imagery in currency designs tracing their reinvention from colonial assets to post-colonial emblems of cultural identity in service of the new state’s nation-building agenda. 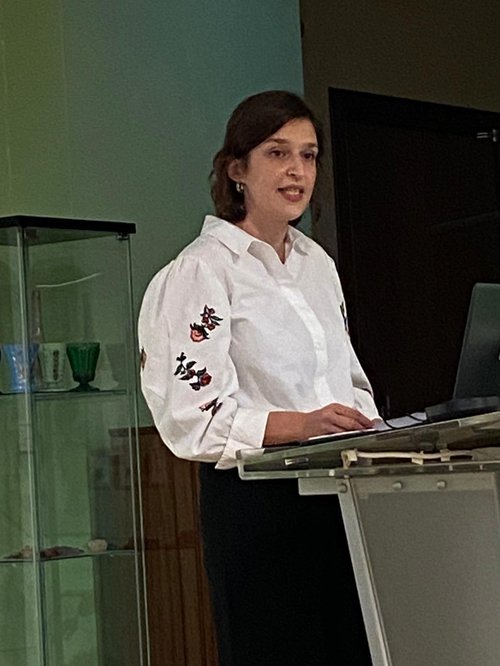 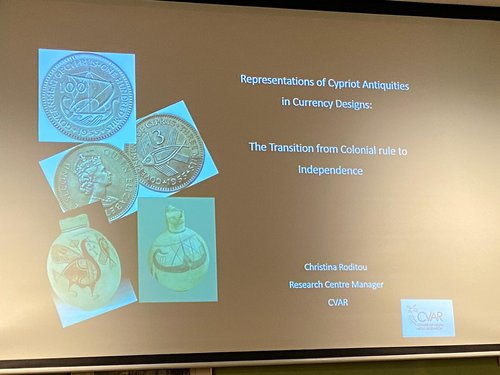 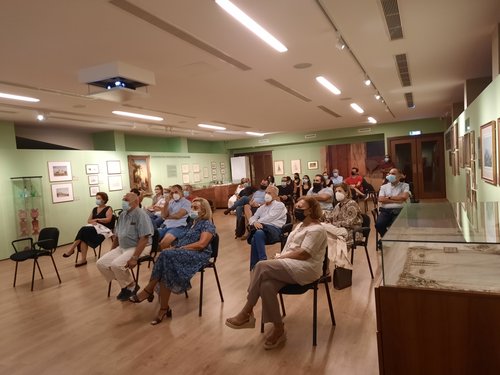 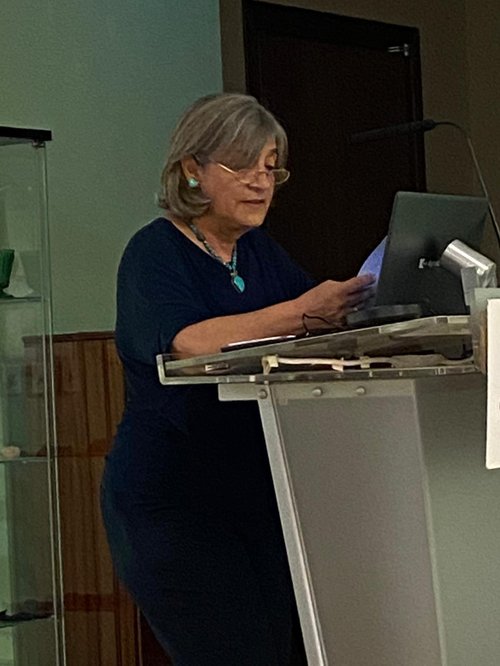