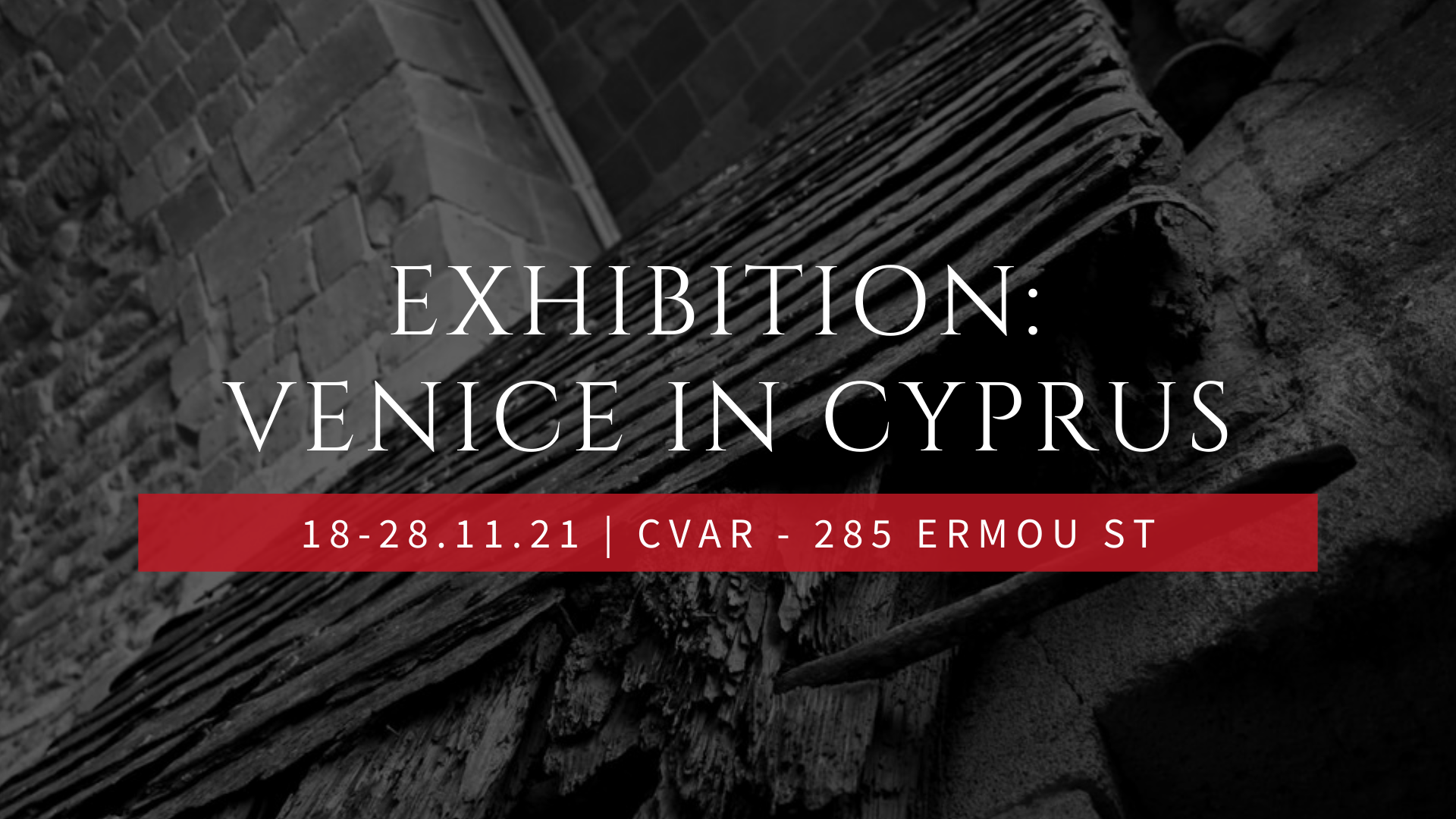 The Centre of Visual Arts and Research (CVAR) will host the opening of the exhibition "Venice in Cyprus", which is organized in collaboration with the Cyprus Photographic Society (CPS) and the Nicosia Municipality. The exhibition will present contemporary and historical photographs inspired by the Venetian period in Cyprus.

The contemporary photographs resulted from the photographic competition entitled "Venice in Cyprus" organized as part of the celebrations for the 1600th anniversary of the founding of Venice. The historical photographs, however, were drawn from CVAR’s extensive photographic archive, with a special emphasis on Nicosia, presenting how Cyprus’s Venetian monuments inspired photographers, local and foreign, who visited Cyprus throughout the 20th century.

The opening of the exhibition will take place on Thursday, 18 November at 18:00. During the ceremony, the winners of the competition will be announced and receive their awards from Eleni Loukaidou representing Nicosia Municipality.

On behalf of the co-organizers, we would like to thank all the participants for the beautiful photographs they submitted within the framework of the competition.