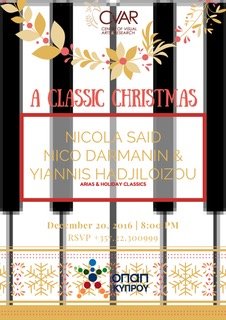 The Centre of Visual Arts & Research of the Costas & Rita Severis Foundation and the Cyprus Academy of Music present Soprano Nicola Said, Tenor Nico Darmanin, and Maestro Yiannis Hadjiloizou at the Piano in a special unique concert of Favourite Arias and Holiday Classics.

Project recitals include Forsi Ħlomt...Discovering the Art of Maltese Song - a Maltese song recital as part of the St. Martin-in-the-Fields Embassy Series, Women In and Out of Love - a final recital featuring music by female composers, and the Maltese Premier of Patrick Hawes’ Song of Songs at St. John’s Co-Cathedral, an appearance in the Valletta International Baroque Festival in Malta, and Une Pastourelle and La Chouette in L’Enfant et les Sortilèges with the LSSO at Barbican Hall.
​
She has performed the role of Echo in Laurence Osborne’s opera Narkissus and the Reflektions in the Opera Makers Scenes Production at the Royal Opera House. She often performs alongside Calleja in his Malta concerts, and has recorded and premiered works by composer/conductor Paul Carroll at Abbey Road Studios with the Commonwealth Youth Orchestra. Nicola has recently given a private recital at St. James’s Palace. Nicola is the Ambassador for the Malta Airport Foundation.http://www.nicodarmanin.com/

Maltese TENOR NICO DARMANIN is quickly making a name for himself in the Rossini and Bel Canto repertoires, having already made his debut at the Royal Opera House, Covent Garden. He studied with soprano Gillian Zammit, before moving to London to study at the Royal College of Music with Rosa Mannion and finally at the National Opera Studio.

The 2015/2016 season saw Nico make his debut for Wexford Festival Opera as Mérgy in Le pré aux clercs, as well as his house debut as Count Almaviva in the Barber of Seville for Welsh National Opera and a return to Opera Holland Park as Ramiro Cenerentola.

In concert, Nico's repertoire includes Romantic song and operas by Rossini, Bellini, Donizetti, Tosti, Fauré and Debussy. He has recently recorded a world premiere of Massenet songs with Richard Bonynge and, also under his baton, the tenor in Sullivan's Shore and Sea for Victorian Opera. Further concert appearances include Handel's Messiah at the Royal Festival Hall and Beethoven's Symphony No.9 at the Barbican Hall.

Nico is a Samling Artist and he has participated in masterclasses with Juan Diego Florez (in Pesaro) and Joyce DiDonato (at the Royal Opera House). He has also worked with Dame Kiri Te Kanawa and Sir Thomas Allen on the Solti Accademia di Bel Canto and with Mirella Freni as part of the Cubec masterclasses in Modena.

Engagements in 2016/2017 include Don Ottavio for Nederlandse Reisopera and a series of recitals in the US under the auspices of the Maltese Arts Council.Nico is a Royal Overseas League Competition Finalist, Overseas Prize Winner and most recently a BBC Cardiff Singer of the World Finalist 2015.

MAESTRO YIANNIS HADJILOIZOU was born in Nicosia in Nicosia, Cyprus. He took his first Piano lessons with his father Michael - composer of the first Cypriot Opera “Eleftheria”. He graduated from the Cyprus Academy of Music and the studio of its founder Ms Despo Frangakou-Hadjiloizou (synonymy) with Professional Diplomas in Piano Performance and Pedagogy & Harmony.

He has performed as Conductor and/or Pianist throughout Europe, Middle East, China, South Africa, Canada, Russia, USA, whilst in 2012 his was honoured as Representative Artist of the Cyprus Presidency of the Council of the European Union with concerts in Sydney, Melbourne, Canberra, and Adelaide, Australia. He received special praise for his 2005 debut with contemporary ensemble ALEAIII and the historic Sarajevo Philharmonic Orchestra in 2008, and has performed as Pianist for five different Presidents of the Republic of Cyprus at the Presidential Palace in Nicosia. As a Composer, his Music has been performed worldwide in such venues as Vienna’s Musikverein, and has been awarded by the Ministry of Education and Culture of the Republic of Cyprus, Festival de Cannes, and Thessaloniki Documentary Festival. In 2007, he received a commission by the then Laiki Bank to compose his Le Valse de l’ Amour, which replaced Carl Orff’s O Fortuna as soundtrack of the Radiomarathon, and received its world premier by the Cyprus Symphony Orchestra during the monumental Cyprus Peace Concert 1 at the Terminal of the Nicosia International Airport, celebrating International Day of Peace on September 16, 2010. The year before, he was commissioned to compose the Music for the opening of the New Larnaca Airport. Other commissions include Music for Ecumenical Patriarch Bartholomew, the United Nations, and the Cyprus Symphony Orchestra. His 2012 live recording of Mozart’s Requiem has been included as soundtrack for the 2015 Hollywood feature film Bereave. He is the only Artist to have performed at all of Cyprus’ most prestigious venues - Kourion Ancient Amphitheatre, Pafos Ancient Odeon, Pafos Medieval Castle, Larnaca Castle, Nicosia Municipal Theatre, Queen Victoria Gardens, Ayia Napa Square, Rialto Theatre Limassol, Pallas Theatre Nicosia, American Embassy, European Commission, Cyprus Archbishopric, Anassa Hotel, Presidential Palace, etc - and is one of the main features of Pafos 2017 European Capital of Culture. He is the founder of the Chicago Conservatory Camerata (1999), Norman Civic Orchestra (Oklahoma, 2002), Boston Chance Orchestra & Chorus (2006), and Melodramatic Stage of Nicosia (2006). He held the post of Classical Music Producer for the 1st Channel of the Cyprus Broadcasting Corporation for eight years, and has served as Lecturer of Music at European University Cyprus, Guest Lecturer at Berklee College of Music and Vienna Konservatorium, Associate Conductor at Oklahoma University, and Assistant Conductor at Boston Opera Institute. He is long a Guest Conductor with Cyprus Symphony Orchestra, and was appointed Manager & Artistic Director of the Orphean Singers in 2012. He is also the President & Artistic Director of the Cyprus Academy of Music (Established 1956) since 1999.

Yiannis Hadjiloizou is the only Cypriot Conductor to have been honoured with an invitation to direct the Easter Sunday Concert at Vienna’s renowned St. Stephen’s Cathedral on April 5, 2015, which followed a special performance at Église de la Madeleine in Paris and another at the Presidential Palace in Nicosia n 2016. He has also been honourably invited to represent Cyprus both as conductor and composer at Filarmonica Oltenia Craiova’s Europa Season 2015. He has produced numerous Artistic and Cultural events, such as the Opening Ceremony of the Cyprus Presidency of the Council of the European Union at Nicosia’s Municipal Palace, the Cyprus Peace Concert, the first complete performance of an Opera by a Cypriot Composer staged by Cypriot Artists at Nicosia Municipal Theatre in 2007, Music in the Park at Nicosia Municipal Gardens, the Nicosia Music Festival, and other special projects in 5 Continents. 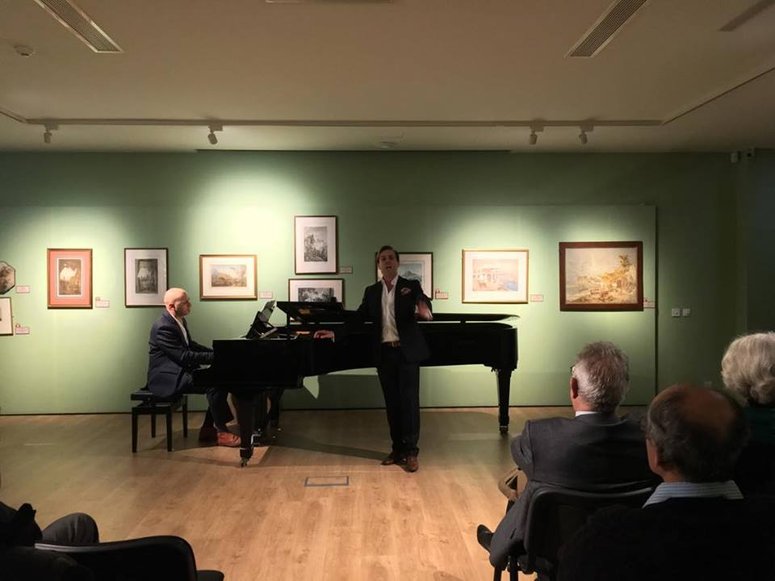 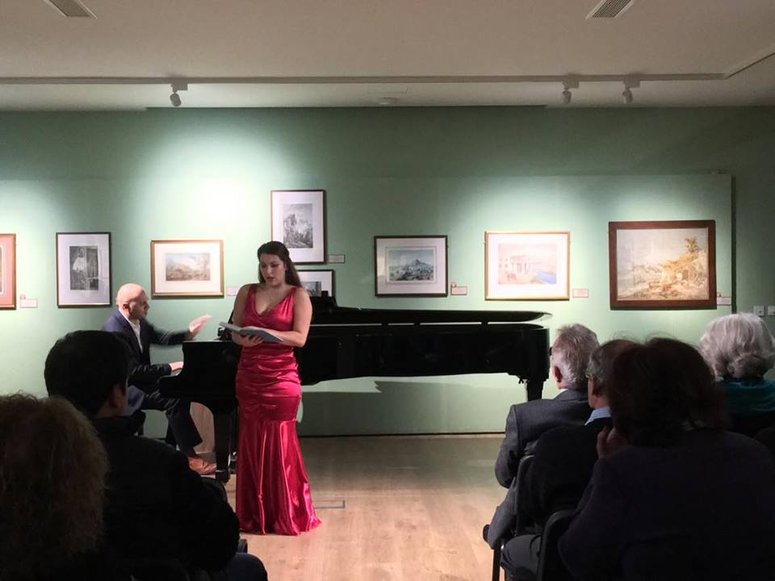 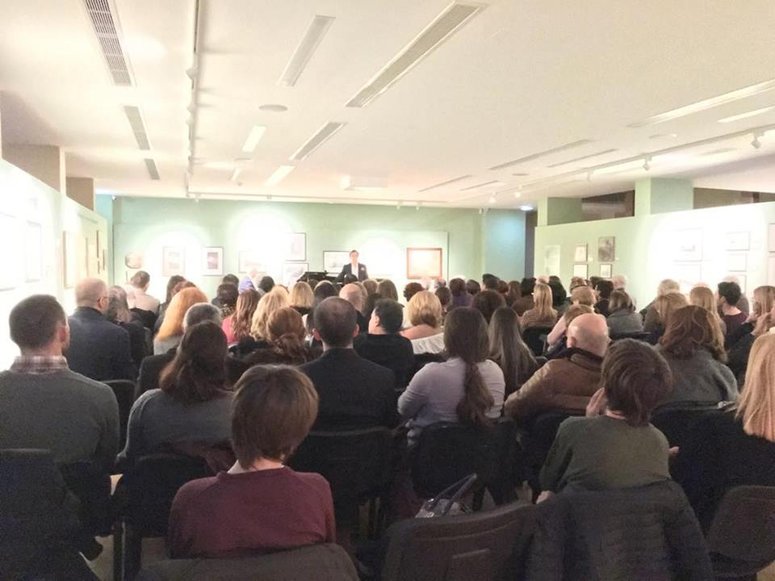 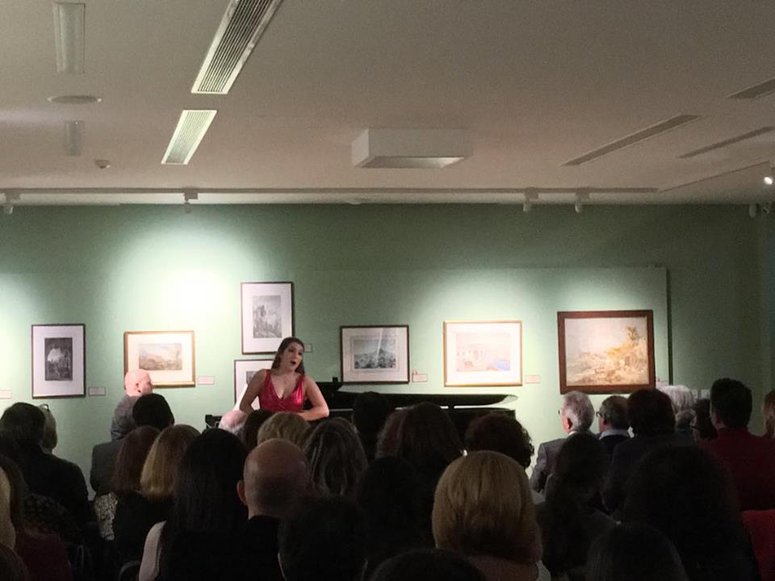