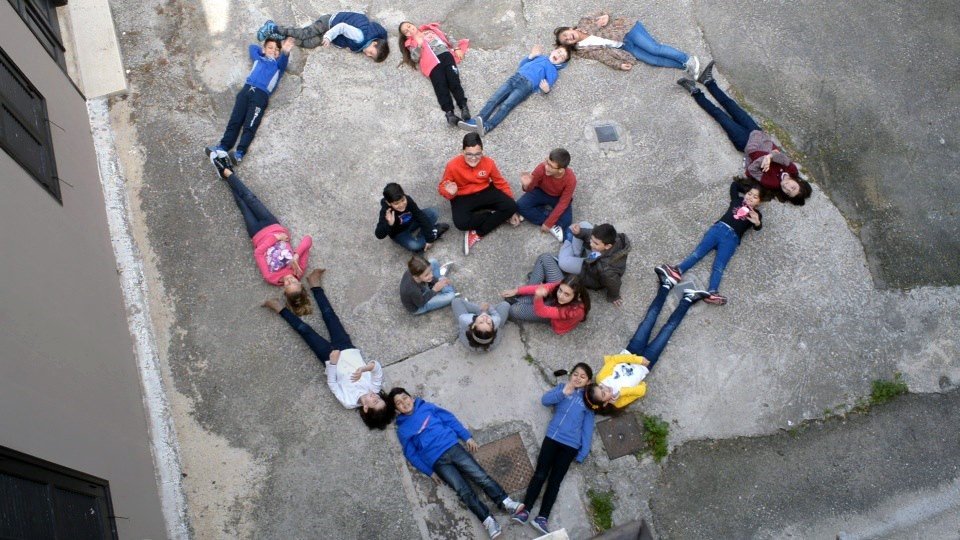 Screening of the documentary:  “Common Ground” - A project by the European Capital of Culture – Pafos2017

The Documentary ‘Common Ground’ was directed and filmed by Nicolas Iordanou And Sylvia Nicolaides. The documentary is based on the children’s bi-communal project ‘Common Ground’ with children from Kyrenia and from Paphos in 2016. The project was created and coordinated by artist Miriam Mc Connon. Tereza Markidou assisted with the workshops in Paphos. Bahar Chirali facilitated the workshops in Kyrenia.

The aim of the project ‘Common Ground’ was to create a visual dialogue between Turkish Cypriot children and Greek Cypriot children through a series of art workshops where the children learnt about the unique Cypriot technique of cementography producing two public artworks, one that is displayed  permanently in Kyrenia and one that is displayed permanently in Paphos. The main thread of the project was exchange. As the children did not meet during the project , they exchanged messages through small films as well as drawings and stone and earth from their individual towns. They created the artworks with the earth, stones and drawings from the children from the other community, therefore leaving a part of Paphos in Kyrenia and a part of Kyrenia in Paphos.

The documentary  ‘Common Ground’ captures the willingness of the children to work together and to get to know each other. It includes interviews with the parents and illustrates the importance and power of social interaction through art as a means of building trust and friendship for a future which brings the Turkish Cypriot community and the Greek Cypriot community closer together. 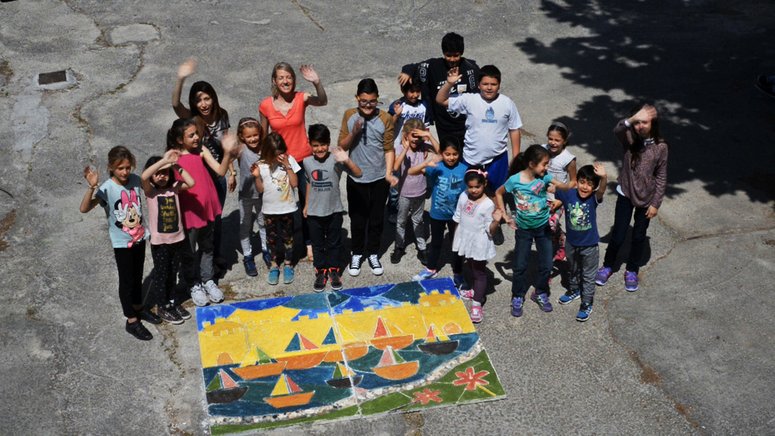 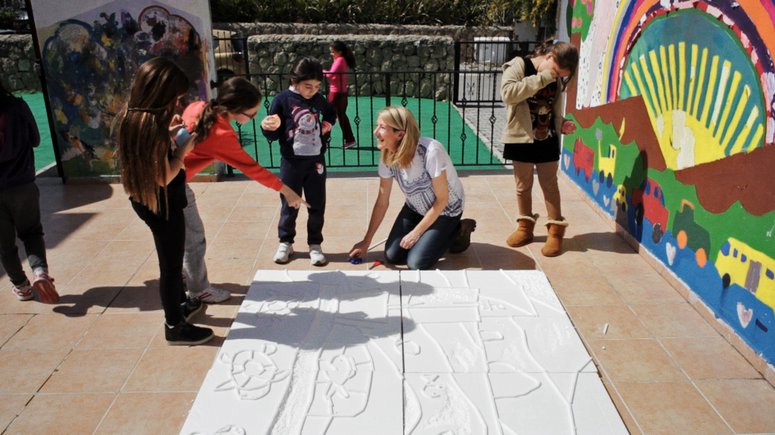 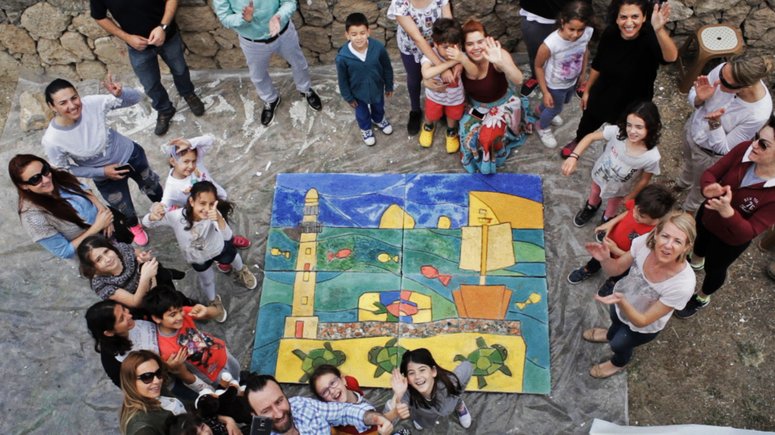 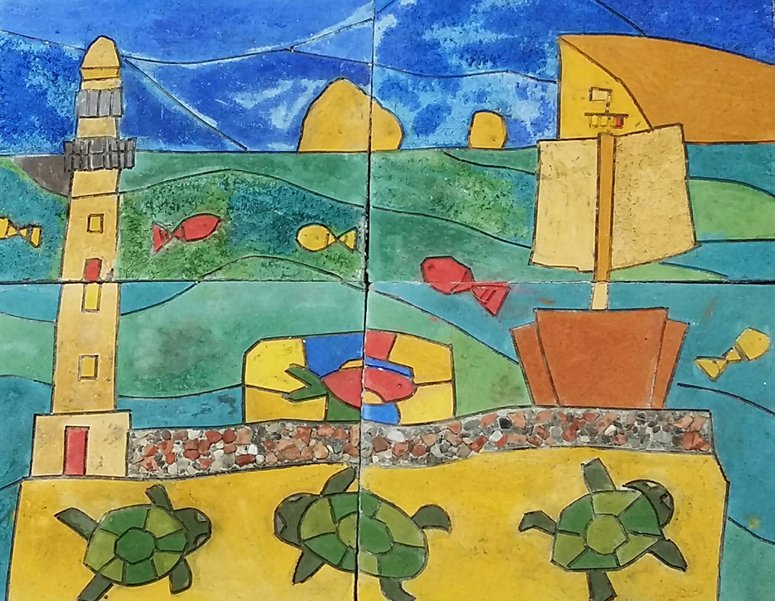 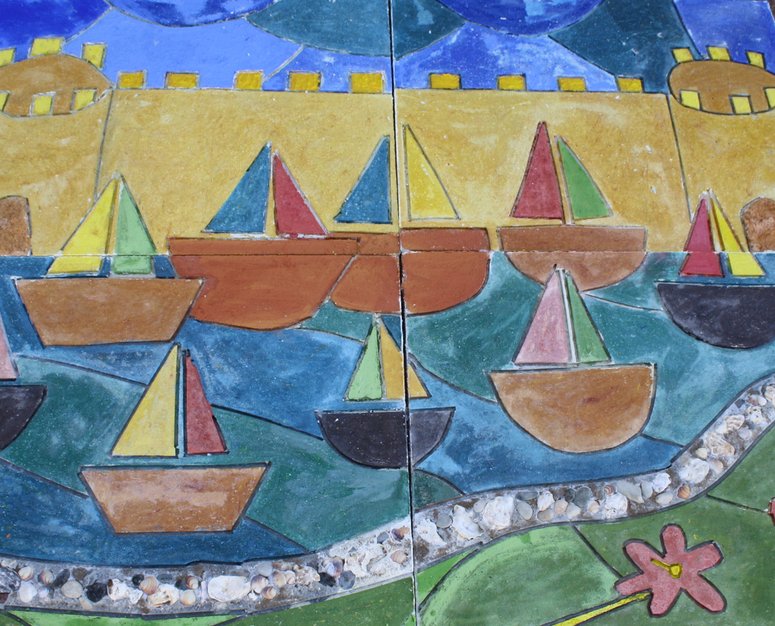