The CVAR’s photographic archive is rich in representations of street sellers dating from the end of the 19th century and up to the 1970s reflecting upon the long existence of itinerant sellers in Cyprus throughout the ages. In her book ‘Sweet and Bitter Island’, Tabitha Morgan commented on the frequent passing of street vendors in Nicosia in the 1930s from whom British wives would buy silk and lace brought by donkey for sale at the kitchen door along with the daily delivery of food. Without refrigerators fresh food had to be bought and consumed on the same day. Itinerant yoghurt sellers, promoting their produce yogurt would deliver small earthenware bowls of yoghurt, which were kept in a wire meat safe.

However, the Turkish Cypriot carpet sellers depicted in a photograph drawn from the personal photographic album that belonged to High Commissioner King-Harmann dating 1907-1911 do not appear riding a donkey. On the contrary, they had the carpets hanging from their shoulders while they were patiently standing on the side of the street waiting for potential buyers.

Moreover, photographs of street sellers were retrieved in the personal photographic album that belonged to Jane D’ Arcy one of the daughters of sir William Denis Battershill who served as Colonial Secretary in Cyprus from 1935 until 1937 and as 1939 to 1941 he served as Governor of Cyprus. The photograph depicts a street seller who was selling traditional ‘koulouri’ (baked cookie) while the second photograph presents a pottery seller on a carriage pulled by a donkey. Petroulla Hadjitoffi in her book ‘Street food: from the past to the present’ she stated that bakery and pastries were perhaps the most widespread street food products in Cyprus from the end of the 19th century and onwards.

In the late 1960s Edmond Torikian photographs street sellers at Troodos. The man was selling traditional ‘shoushoukos’ and the woman pottery. The images travel the viewer to a time long gone when scenes like these ones were part of people’s everyday life when nowadays they became rare replaced by markets and stores that remain sealed however to the memory of the elders and to these images that constitute a valuable aspect of the island’s history and cultural heritage. 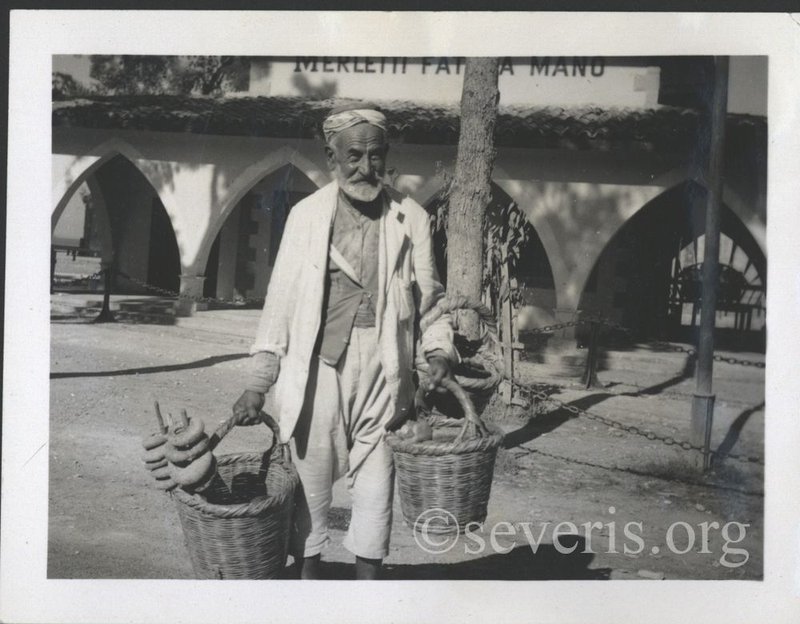 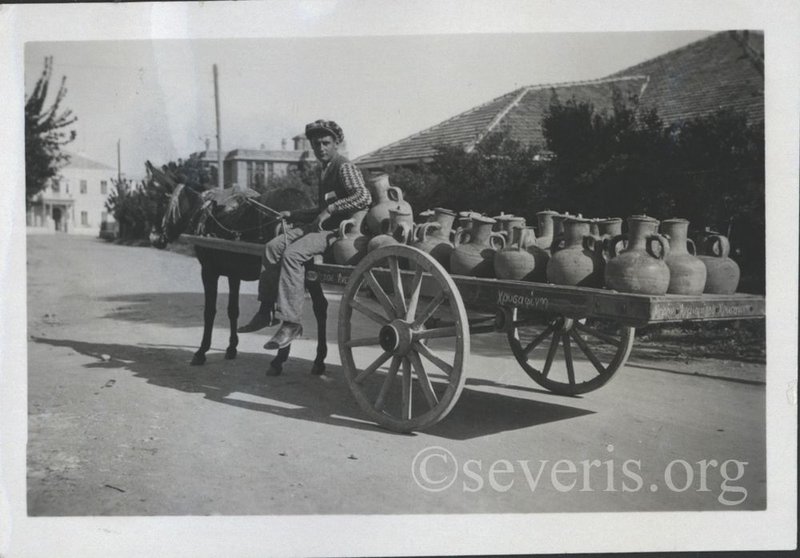 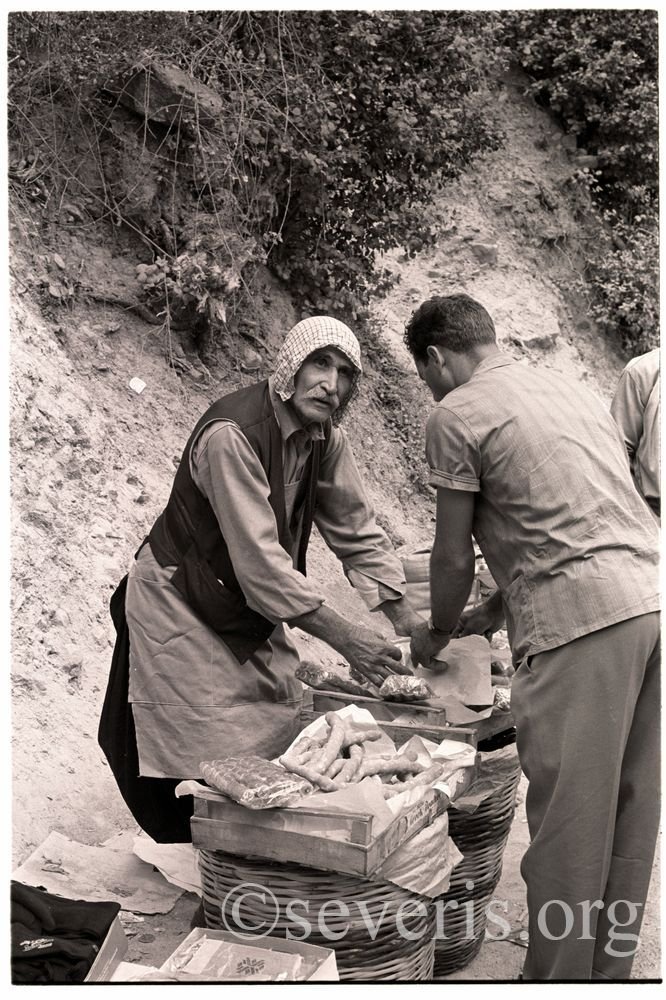 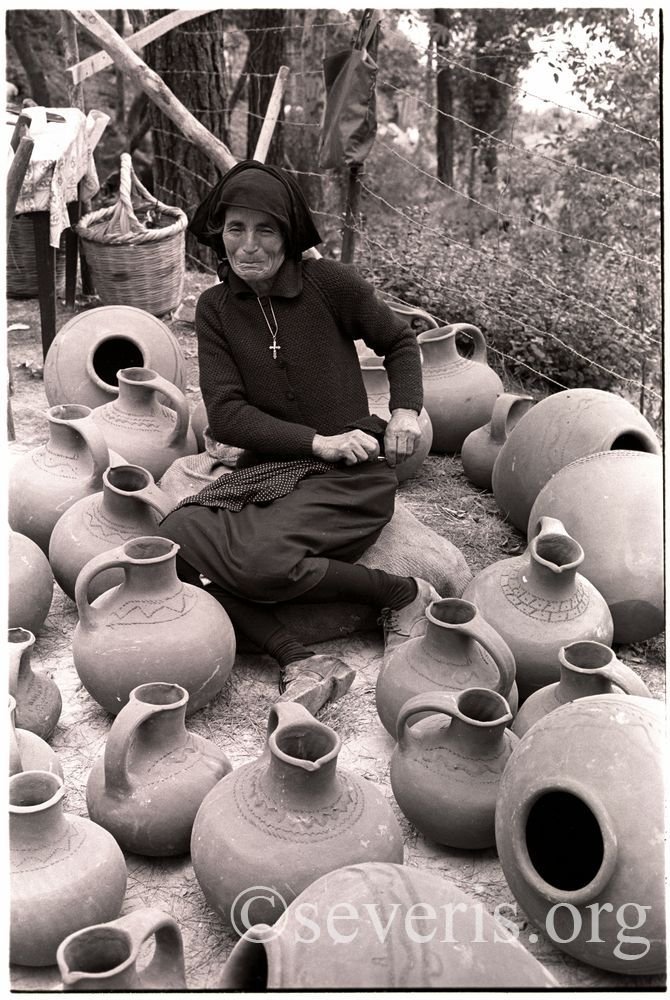