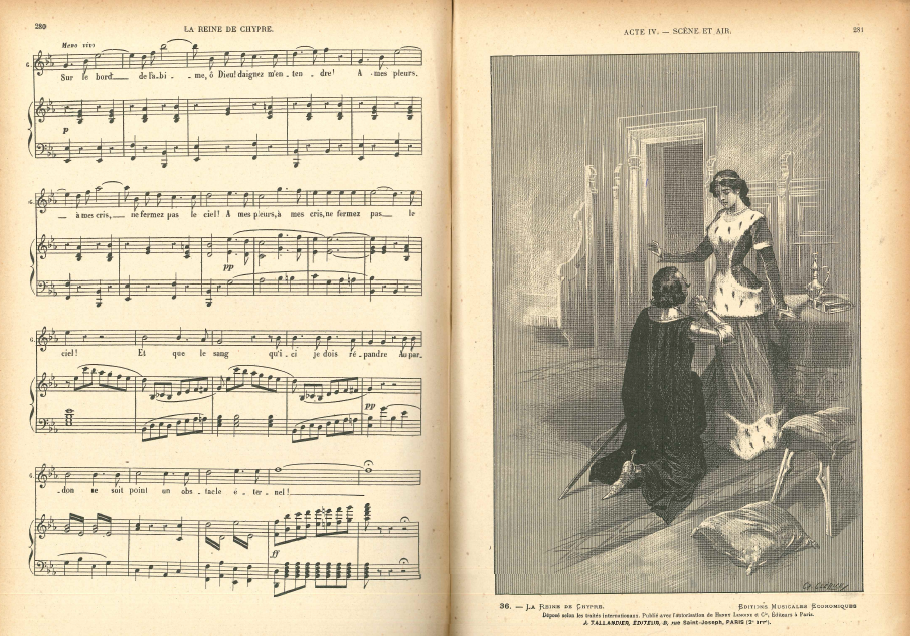 La Reine de Chypre (The Queen of Cyprus) is an opera composed by Fromental Halévy that was first performed at the Salle Le Peletier of the Paris Opéra in 1841. A reference to this masterpiece seemed appropriate in reminiscences of Caterina Cornaro a day after her birthday. Her story of becoming the last monarch of Cyprus inspired Jules-Henri Vernoy de Saint-Georges to write the opera's libretto. When James II became King of Cyprus in 1468, he chose Caterina as his future wife. They married in Venice on 30 July 1468 by proxy when she was 14 years old. She finally set sail to Cyprus in November 1472 and married James in person in Famagusta. When her husband died shortly after the wedding, she reigned from 1474 to 1489. The opera is in five acts narrating a story about Caterina Cornaro and her arrival to Cyprus. The first two acts are taking place in Venice at the Cornaro Palazzo with Caterina getting ready to marry Gérard, the love of her life. Their plans were interrupted when Mocenigo, Doge of Venice, announces the decision of the Council of Ten for Caterina to marry the King of Cyprus; otherwise, her father Andrea was to be executed. He was given one hour to make up his mind. Andrea revokes his promise to Gérard and agrees to Caterina's marriage with the King of Cyprus. At Caterina's chamber, Andrea asks his daughter for forgiveness in a dramatic scene. Finally, Caterina arrives in Cyprus. At the wedding festivities, Gérard appears seeking revenge only to be imprisoned by the King. Two years later, the King was dying. He gives his blessing to Caterina, acknowledging her love for Gérard. Following the King's death, Caterina becomes Queen. The widowed Catarina presents the new King, her infant son, to the people, while Gérard and his fellow knights sail away.

What is worth noting are the beautiful illustrations by Charles Clérice that accompany the music scores of the opera published by Henry Lemoine and Jules Tallandier in Paris at the end of the 1800s which is part of CVAR's collections. Andrea was depicted on his knees begging for his daughter’s forgiveness while Caterina's beauty radiates in an illustration in which she is portrayed at the wedding celebrations in Cyprus accompanied by King James. Carlos Clérice was a French illustrator, lithographer, engraver, poster artist, and caricaturist born in Buenos Aires in 1865. He illustrated more than 360 scores and sometimes participated in the composition of some works due to his musical studies. In 1882 he moved to Paris. Carlos became Charles, who signed his works "Ch. Clérice" or sometimes "P. Riclece". His signature is evident on the illustrations published in Lemoine’s La reine de Chypre. He set up an engraving workshop and produced illustrations for books, magazines, and comics. He joined forces with his brother Justin, and later with his two sons, under the corporate name "Clérice Frères." The poster presented here was produced by them. 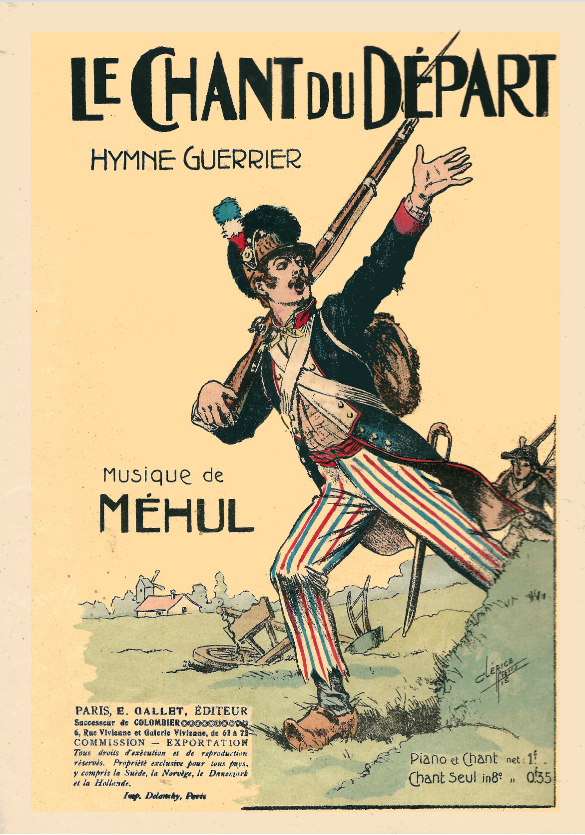 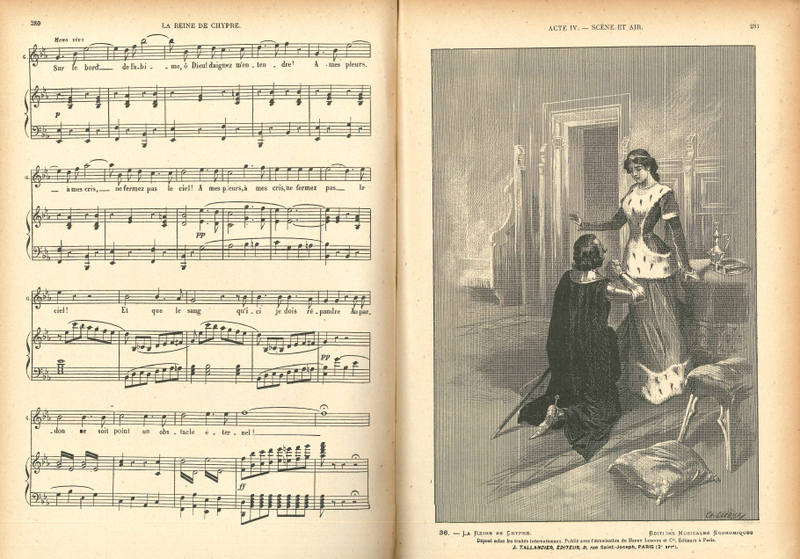 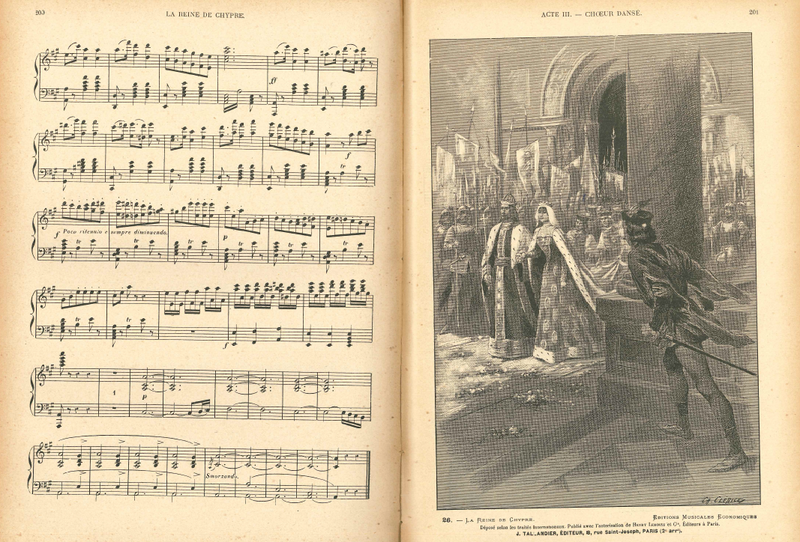