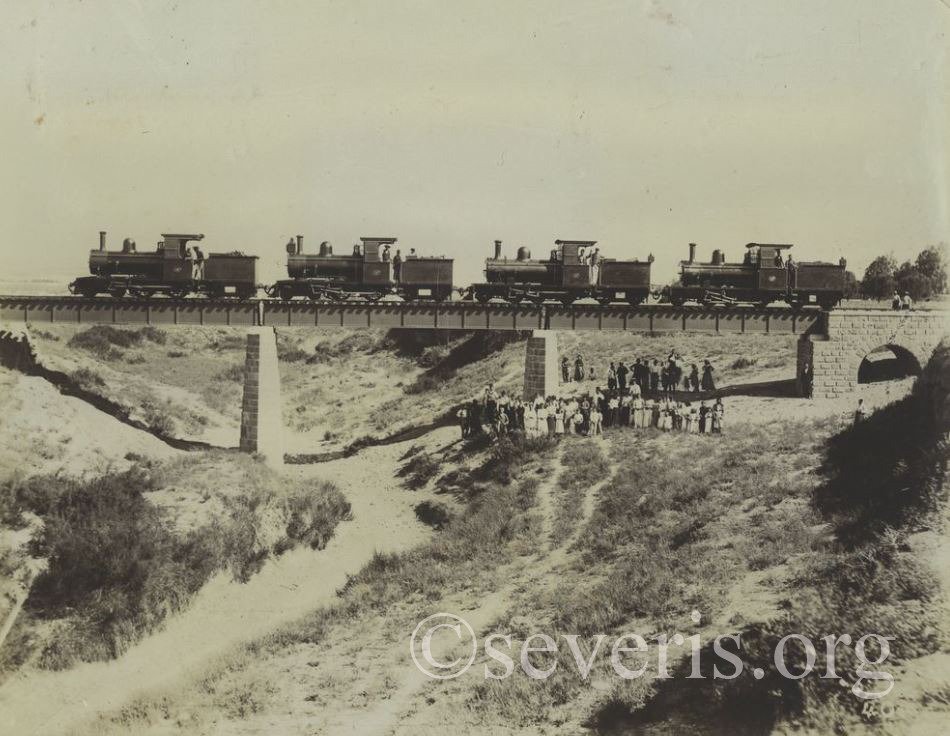 The Cyprus Government Railway was a narrow railway network built in 1905. Long stipes of the tracks were placed over old stones taken from ancient monuments such as the Sigouri castle in Mesaoria in order to strengthen the foundation of the tracks. The railway ran in three sections: the first section of 36 miles ran from Famagusta to Nicosia with 39 stops including the villages of Prastio, Angastina, Trachoni etc. This was inaugurated by High Commissioner Sir Charles King-Hartman in 1905. Section two, of twenty four miles, ran from Nicosia to Morphou and was inaugurated in 1907, while the third section, built to serve the Cyprus Mines Cooperation operated till 1974.

An important aspect of the railway construction were the bridges built at various sections passing above aggressive rivers. 51 bridges were built along the first section of the railway and 34 bridges between Nicosia and kalo Chorio. The photograph presented here captured by an unknown photographer in 1904 presents the testing of the bridge at Mia Milia; an important document for the history of the Cyprus governmental railway. People had gathered underneath the bridge to have their photograph taken. During these early years Cypriots perceived the railway more as a spectacle rather than a transportation means.

Throughout the years the Cyprus railway was used to transport timber from Troodos, to transport products, and of course to transport ore to Famagusta from the mines. The railway was also used during the World Wars to transport Allied troop to and from Famagusta to Nicosia and Xeros and the track was targeted by the Axis powers in WWII. Yet, the railway enterprise proved to be unprofitable and rather costly for the colony, so by the 1950s it was decided that it had to be abandoned. The last train departed from Nicosia Station at 14:57 on 31 December 1951 and arrived at Famagusta at 16:38. The tracks were dismantled, most of the wagons sold to individuals whereas Locomotive no.1 was preserved outside Famagusta station in memory of the first and last Cyprus railway. The rest of the stations were demolished or turned into police stations or warehouses. Evrychou station and its surroundings were rebuilt to become the Cyprus Railway Museum. Among the exhibits at CVAR one may find the Cyprus Government railway timetable dating in1938. 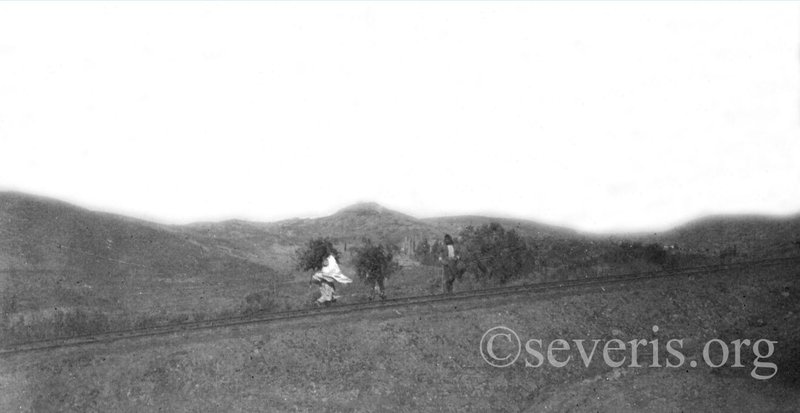 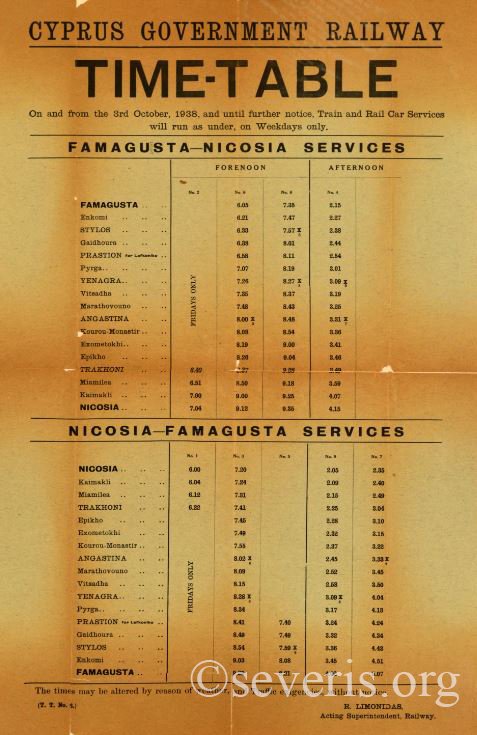