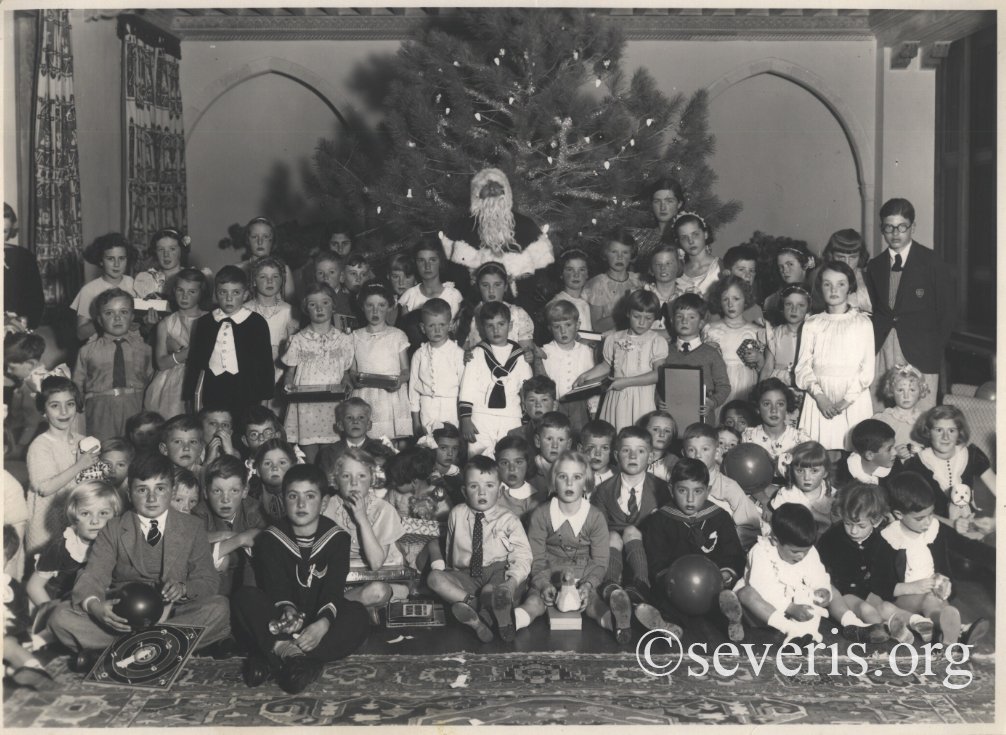 As we enter the festive season, today’s post from our Research Center is inspired by a photograph drawn from Jane Darcy’s photographic collection at CVAR.

According to the caption on the back of the photograph, this was teatime at Government House on December 22nd, 1936. Children, holding toys, were photographed along with Father Christmas in front of the Christmas tree.

Tabitha Morgan, in her book, ‘Sweet and Bitter Island: a history of the British in Cyprus’, commented that a Christmas Party took place at the Government House every year.

During the party, a sliding interior wall would be raised to reveal Father Christmas to delighted subsequent generations of children attending the party.

The role of Father Christmas in the 1930s was assigned to Geoff Chapmann, the Assistant Head of the Forestry Department. His duties as Father Christmas also included riding along Byron Avenue on a camel.

Several generations of children in Nicosia believed that celebrations would not be complete until Father Christmas had ridden along Byron Avenue. Chapmann himself claimed that he ‘was piped along the avenue by a Scotsman dressed in a kilt.’ The photograph that depicts Chapmann riding the camel dressed as Father Christmas, presented here, was published by Morgan in her book as a reproduction of the original by courtesy of the Chapmann family. 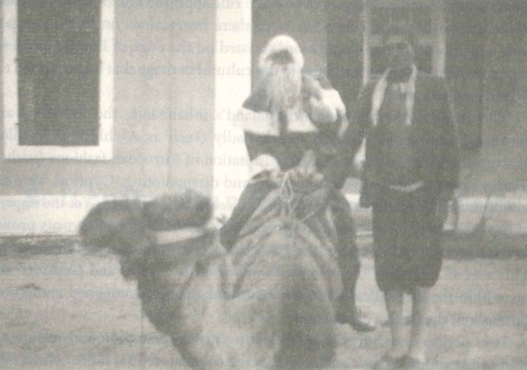