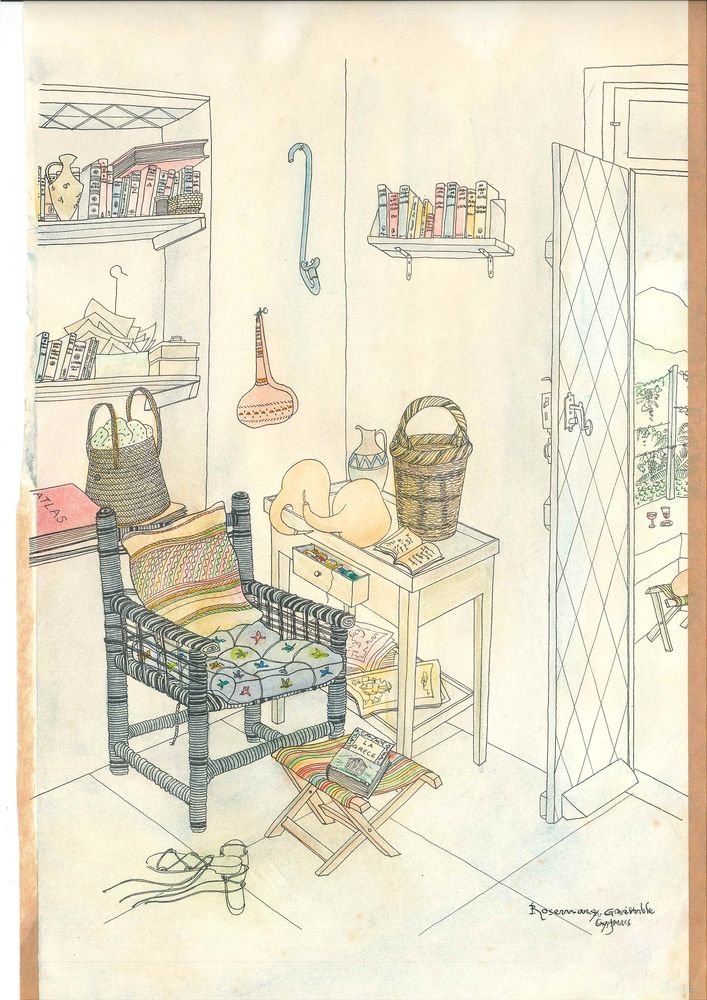 Spread yourself amongst the stars.

Float with the dust of time;

...Rise along a wind's swift edge,

Beneath a wave's steep fall,

And from within the rolling stream

These seem to be the prophetic words of Rosemary Ann Grimble sometime before her death in 2013. A lover of the stars and a citizen of the world, Rosemary is the illustrator of fourteen beautiful pencil sketches and ink drawings of Cypriot rural scenes and portraits in the painting collection of CVAR.

Who was Rosemary and what brought her to Cyprus?

She was born in 1917, in Tarawa, in the Gilbert and Ellice Islands, where her father, Arthur Grimble, was an administrator for the British Colonial Service at the time. During her lifetime, she lived in many places around the world mostly because of her father’s relocations, including France, West Indies, and the Caribbean. At the age of nineteen, she moved back to England for a period of time to train at the Central School of Arts in London. She met her husband, the writer, and sailor Adrian Seligman, in Malta, and then sometime in 1953, they moved together with their 3-year-old son to Cyprus before settling down in Wimbledon, London, in 1955.

In Cyprus, they lived in a small flat in the village of Karavas for a couple of years. ‘Cyprus Review’, a well-known magazine of the time, dedicated a few pages to her in March 1955. The article introduces Rosemary in a rather interesting way:

There, attractive but retiring, she plays the role of wife and mother and you might think as you enjoy one of her excellent meals (jugged hare is a specialty), sitting on the wide balcony which looks down to the sea across the lemon groves, that it was her only role. Wife of ..., mother of...; and daughter of..., for her father is Sir Authur Grimble, the well-known Colonial Administrator whose book ‘A Pattern of Islands’ had such a success a year or two ago. But gradually and not without difficulty one learns that the artist is a personality in her own right and has had a wide and unusual experience […].

Rosemary was a collaborator of the ‘Cyprus Review’ and further down in the article, she is praised for her artistic skills and her professionalism. We also learn that besides being a skilful artist and illustrator, she served during her lifetime in many positions: as an art editor, a broadcaster, and a telecaster, while she was also a writer and a poet. In Cyprus she was also experimenting in a new field, decorating pottery. Her oeuvre was mostly inspired by her travelling and especially her experiences at the exotic places she lived with her father.

In her Cyprus drawings, Rosemary rarely uses colour. Her pencil and ink lines are clear and expressive. Despite the portraits, her other drawings in the collection of CVAR depict no human figures, yet, human existence is dominant in each of them as if someone has just left the scene. Her themes are drawn mostly from her surroundings, rural scenery, and daily scenes, with great attention to detail.

The 'Meet the Artist' series is made possible with the support of OPAP (Cyprus). 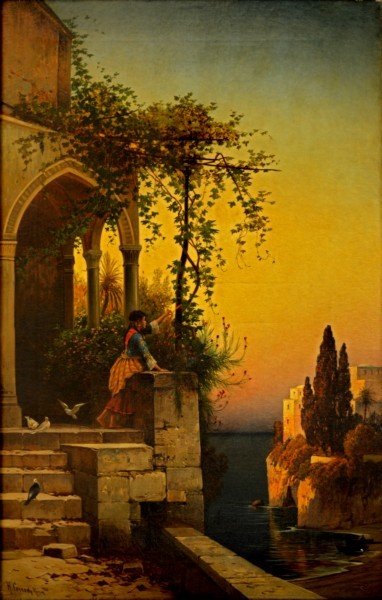