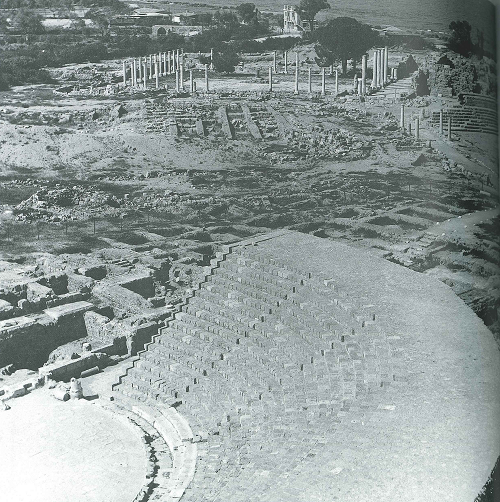 From Rhodes we came to Paphus on July 9. There S. Paul was imprisoned in a spot belonging to the Friars Minor,and there is S. Paul’s fountain. Also, two miles from Famacosta, in a city called Constantia S. Katerina was born. Also, in Famacosta, is a chapel in the church of the Friars Minor behind the High Altar and the spot where S. Katerina learned to read. Also, in the city of Nicocea, which is one of the chief cities of Cyprus, there lies the whole body of the lord Mountford, once an English Knight, in the abbey of the Order of S. Benedict, and there he is revered as a Saint, and two hundred years and a little more have passed since he was buried there. Also outside Nicocea is the body of S. Mamma, which exudes oil: also the body of the Abbot Ilarion.