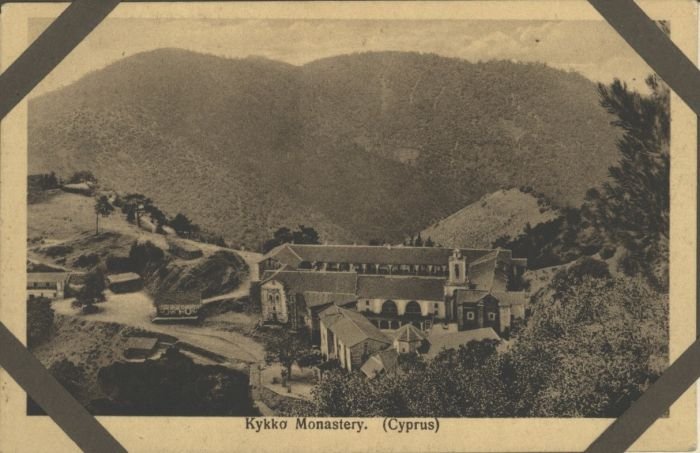 At five we stopped at the convent dedicated to the Virgin of Kikkos, the largest in Cyprus. It is built , though irregularly, after the European fashion and being on the top of a height, commands a superb view that extends on a clear day to the coast of Caramania. It is built of stone, but we found carpenters at work in it, all the interior having been burnt two years ago, when a considerable number of manuscripts which it contained were all lost. It is manned by above 200 priests and caloyers, but as it poccesses a great number of farms throughout the island, particularly an extensive one near Nicosia, these are distributed among them, and there were now not above sixty at Kikkos.