William Turner, a British diplomat in Constantinople visiting Cyprus in 1815 confused the castle of Larnaca with the castle of Famagusta 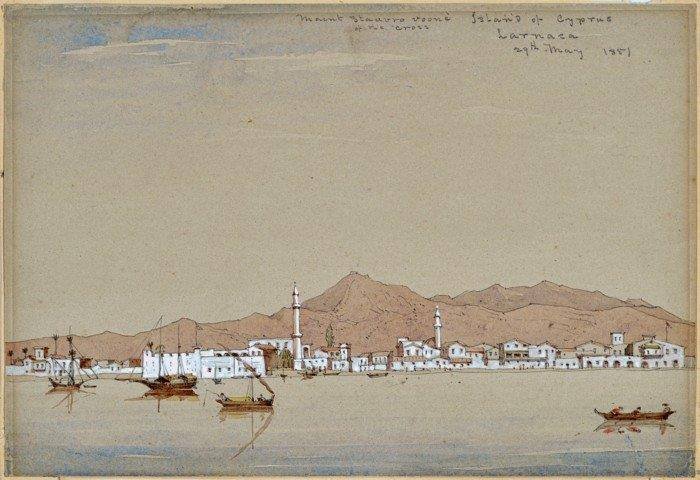 William Turner, a British diplomat in Constantinople visiting Cyprus in 1815 confused the castle of Larnaca with the castle of Famagusta:

At noon I went with the consul in his carroza to dine with Mr. H. at the Marina, where we fared sumptuously, in company with three Maltese captains…The roadstead is defended, or rather pretended to be so, by a small Venetian castle, now falling to ruins; of which the only interest is, Shakespeare’s having supposed it to be the post of Othello. To-day being Sunday, the consul’s flags were all flying. On our return from the Marina, we saw numbers of female Christian pilgrims from the Archipelago and Caramania, on their way to Jerusalem, who are distinguished by a large linen veil that covers their whole body. I paid a visit to-day to the Franciscan friars, offering to carry any letters for them to the Holy Land. I entered while they were performing service in a small neat church, where, on pretence of its being Palm-Sunday, the French and Austrian, the only catholick, consuls, were stuck up in state. There is not near such a passion for full dress at Constantinople, as here; the uniform is mounted on every trivial occasion.