The traveller Richard Pococke continued his journey around the island 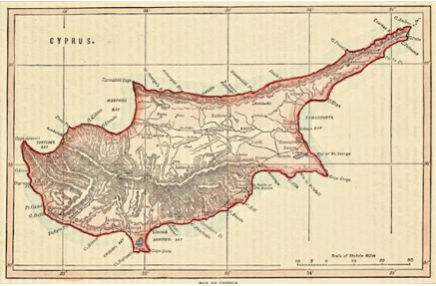 The traveller Richard Pococke continued his journey around the island:

We travelled eastwards to the village of Asphronisy, where there are ruins of four churches and it seems to have been some antient town; for I saw on both sides of it ruins of a wall extending towards the sea. We came to the most eastern point of the island, called by the antients the ox’s tail probably from some imaginary resemblance. It is now called cape St Andrew, from a monastery which is cut out of the rock and dedicated to that saint. Opposite to the northeast corner are the isles called Clides by the antients, the largest of which is not a mile in circumference.