The Swedish visitor Frederick Hasselquist visited Cyprus in 1751. He was on the island in June and on his way to Stavrovouni 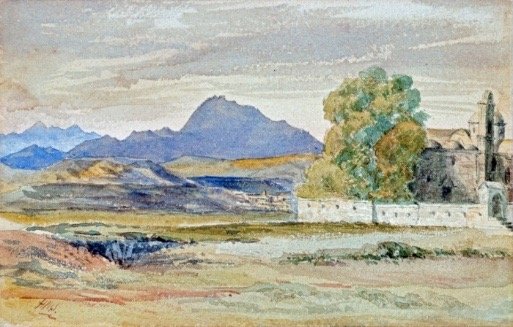 The Swedish visitor Frederick Hasselquist visited Cyprus in 1751. He was on the island in June and on his way to Stavrovouni:

On this journey we saw several villages, better built than they commonly are in the Levant. We went into one of them, not far from the mountain, after midnight, where a shepherd gave me his restring place, under an olive tree, as it was too late to find lodgings in any of the houses. The night was extremely clear, which afforded me an opportunity of viewing an eclipse of the Moon which proved almost total. And before sunrise I continued my journey. In a level enclosure beneath the mountain, stood a little Greek church in the right hand. After we had passed it we began to ascend the mountain and in half an hour came to the top of it. The road was good, even and broad, therefore we could ride all the way. On the highest top of the mountain is a little Greek hermitage, with three or four rooms and a small church.