The Swedish excavation team never stopped discovering artefacts, even when just scratching the surface of the earth 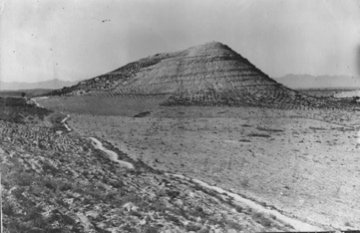 The Swedish excavation team never stopped discovering artefacts, even when just scratching the surface of the earth:

The other day we read an article together by the Swedish psychiatrist Jakob Billström on the hygiene of the soul. He maintained that one first and foremost “should not ruminate about facts”. This became just our way of seeing the Vouni palace on the last day! This last week a new complex of chapels with several altars and sacrificial pits has also been excavated right near our little house. It was less fruitful from the point of view of finds, but the structure is of course interesting and the excavation cost nothing as it was done in the workers’ “free time” in between my brooding in the palace and its rat holes. Another important discovery is a new cistern from the first period with a vaulted tunnel 8 metres under the ground to another cistern in the large central courtyard. The mouth of the cistern had been covered later by a cement floor and was now found by chance. Luckily for us, one of the king’s housemaids had dropped a bronze pitcher into the well.