The Swede Alfred Westholm spent Easter at the monastery of Apostolos Andreas. He joined the Greek congregation for midnight mass 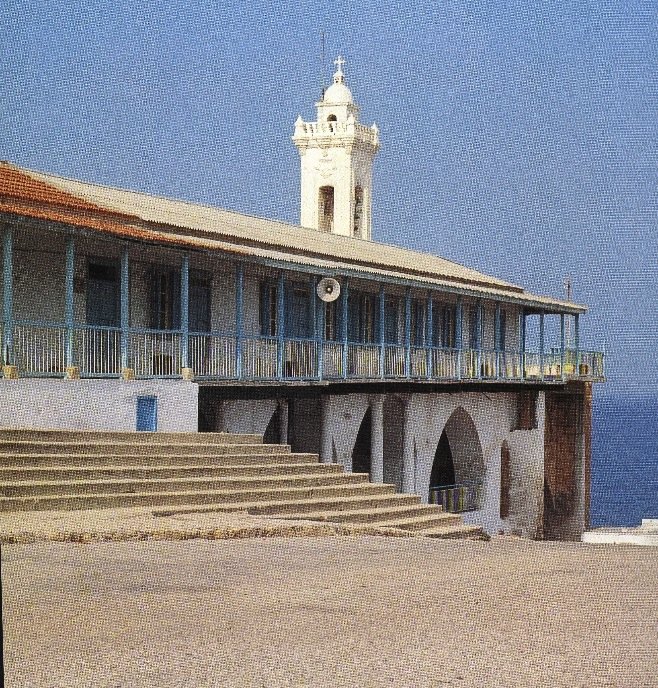 The Swede Alfred Westholm spent Easter at the monastery of Apostolos Andreas. He joined the Greek congregation for midnight mass:

At the stroke of 12 we were rightly awakened by the most frightful clanging from all the bells in the monastery. Sleepy and with blinking eyes we got up and dressed. Tooulis was already waiting for us outside in the night. The three of us proceeded with him to the church, which shone with thousands of candles, lamps and dishes of incense. Ahead in the chancel two monks chanted in the usual monotone fashion, and down in the church people wandered forth and back mumbling prayers and crossing themselves. Everyone made an offering of their candle. Finally our friend the abbot emerges from the altar dressed in a pale blue gold-embroidered mantle (everybody crosses themselves). The great procession is arranged and everyone files out into the night, each with his own candle. The flames flicker and blaze up against the monastery walls and the gloomy songs of the priests are accompanied in a peculiar way by the incessant, slow splashing of the sea against the sharp cliffs. After a while, the procession returns and stops at the entrance, where the most solemn part of the ritual takes place. The abbot declares loudly that Kristos has risen. His words are followed immediately by an eruption of firecrackers, sparklers and grasshoppers. For a while we sing a fugue with the words Kristos anesti Kristos anesti and so on, whereupon the chanting in the church carries on as before. We have had enough and return to bed, a bit hungry. At around 7 o’clock we were awakened by Tooulis, who had decided that it was time to return home. We drove the same way we had come, made a stop for swimming and lunch at the same place as before, and arrived in time for 5 o’clock tea, somewhat exhausted from laughing and talking but nonetheless in grand spirits. Easter day as well concluded with a wonderful dance.