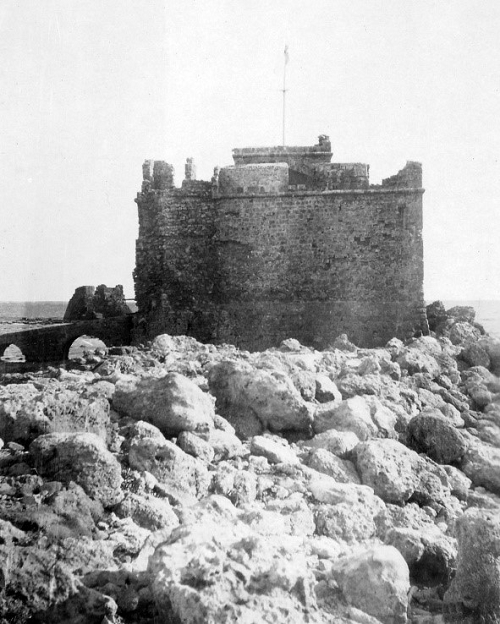 The Senator Giacomo Diedo gives an account of the siege of the island by the Ottomans in 1570 and describes the arrival of the Turkish fleet to the island:

On July 1, 1570, the Turkish fleet was descried off the western point of Cyprus near Paphos. It sailed South and passed from Limisso to the promontory of Curium, Capo de’ Gatti, ravaging the sea shore and carrying off prisoners. The next day it arrived at the Salines and anchored off the Marina on the East. There Mustafa, meeting no resistance, landed his men and guns, and pushed on a few squadrons towards the interior to discover from prisoners the condition of the country and its fortresses. This happy beginning gave them courage and they won over to their side many of the inhabitants, taking special care to attract by promises and gifts the hill-folk, whose fastnesses would have been difficult to reduce by force of arms.