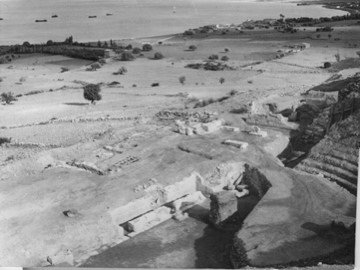 The Reverende. Richard Pococke wrote in his travelogue Description of the East:

On the twenty-sixth we went four hours to the north west, to a large bay, where, I suppose, the kingdom of Aegea begins, in which the famous Solon took refuge when he was banished from Greece. It is said that he advised the King of this country to leave the city of Aegea, which was situated between the mountains, and to inhabit a plainer country. I was told that there was a place now called Ege, situated on the hills. At the north-west corner of the before-mentioned bay, where the southern hills come to the sea, there are ruins of a very considerable city, which, I suppose to be Soli.