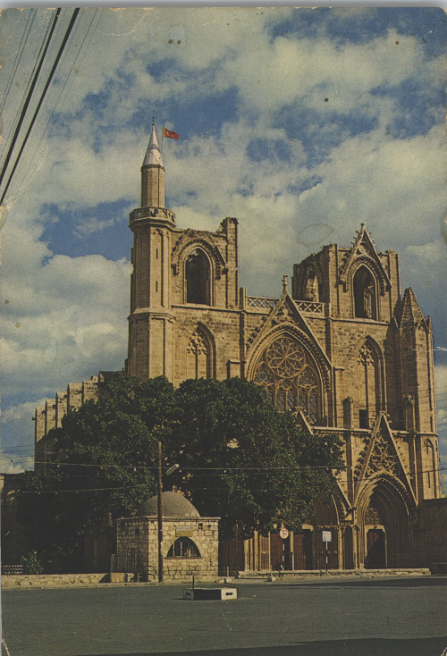 The pilgrim Bar’s kyj’s during his third visit to Cyprus between 17-24 July 1730 reached the famous town of Famagusta on July 17 and describes the town as such:

The town is encircled by a strong wall, with canons mounted on top, as on Rhodes, and appears attractive to the eye and is well defended against enemies. In it there are old buildings and beautiful churches going back to ancient times, some of which are now empty, and others have been converted into Turkish mosques. Of these the most beautiful is the church of Saint Sophia, which is constructed with great art, and which the Turks have now converted into a desecrated mosque. Who having seen the beauty of this church will not weep about it, or who having seen the skill and the art with which it has been constructed will not be amazed by it? It is only the ignorant who marvel at it. There are more beautiful ones only in Nicosia, the capital of Cyprus, of which I have written earlier, when I first wrote a description of Cyprus. There I drew a picture of the church of Saint Sophia which is in Nicosia; now I have drawn here the Saint Sophia in Famagusta, so that you can see and compare the beauty of one with the other. The town of Famagusta has a quiet and sheltered harbor, so that even in the greatest storm there are no waves. This is because it is enriched by the city walls, with a small entrance from the sea, like a gate, through which the ships have to enter inside. From one wall to the other there stretches a huge thick iron chain, with which they close the harbor each night as protection from the enemies, and they open it during the day.