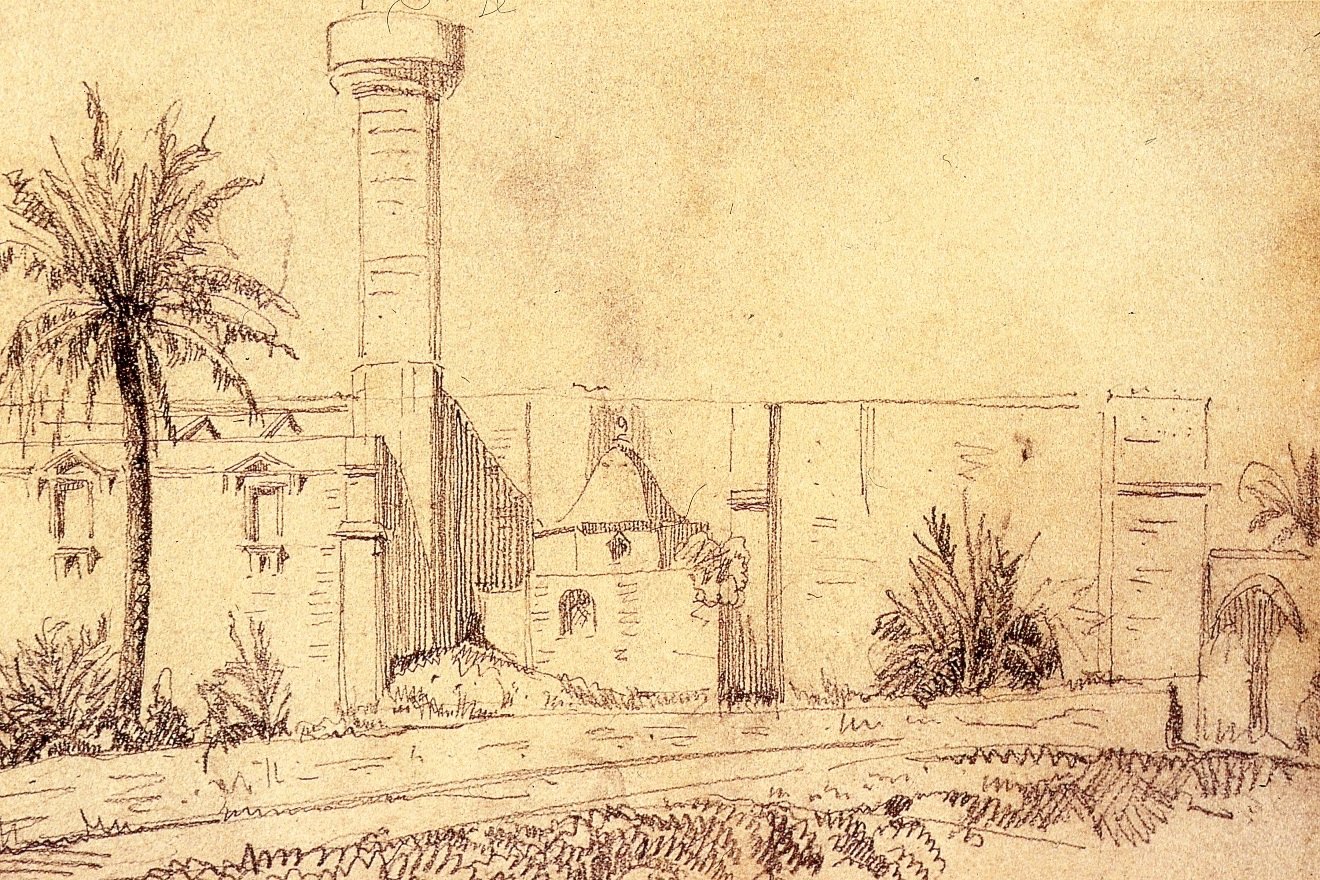 After I looked well over the place I came to the convent, which is small as well as the church. But it is very pleasingly and well adorned. After we had heard mass, we were shown the body, which is still entire, of a saint called Jehan de Montifort, which works many miracles and cures fevers: he was a gentleman, for he was of Brittany, and on his return from his holy voyage to Jerusalem, was taken ill and died in this city of Nicosia. I saw him all naked, he seemed as though he slept, and he has been there three hundred years. Alas, I greatly wished my companions were there with me. After we had paid our devotions we returned to dinner. And then I went to hear vespers in the church of S. Sophia, of which I have spoken, and we were shown the right arm of S. Laurence enshrined in silver, but I only saw a finger-joint.