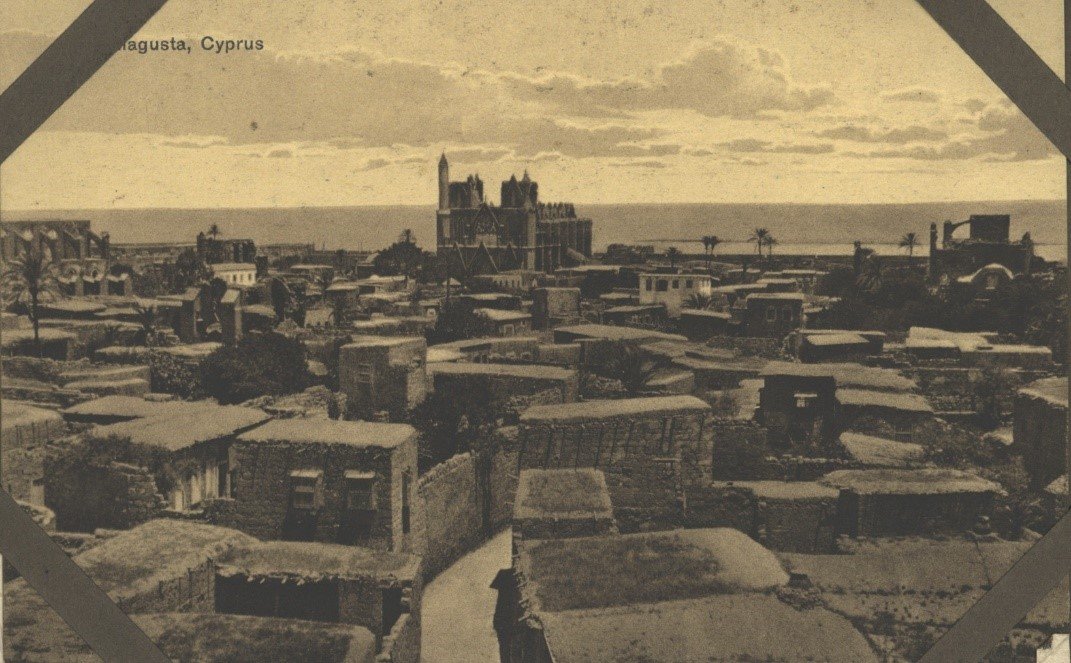 The first of October in the morning, we went to see the reliefe of the watches. That done, we went to one of the Greekes Churches to see a pot or jarre of stone, which is sayd to bee one of the seven jarres of water, the which the Lord God at the mariage converted into wine. It is a pot of earth very faire, white enamelled, and fairely wrought upon with drawen worke, and hath on either side of it, instead of handles, eares made in fourme as the painters make angels wings, it was about an ell high, and small at the bottome, with a long necke and correspondent in circuit to the bottome, the belly very great and round, it holdeth full twelve gallons, and hath a top hole to drawe wine out thereat, the jarre is very auncient, but whether it be one of them or no, I know not. The aire of Famagusta is very unwholesome, as they say, by reason of certaine marish ground adjoyning unto it. They have also a certaine yeerely sicknesse raigning in the same towne, above all the rest of the Iland: yet neverthelesse, they have it in other townes, but not so much. It is a certaine rednesse and paine of the eyes, the which if it bee not quickly holpen, it taketh away their sight, so that yeerely almost in that towne, they have about twentie that lose their sight, either of one eye or both, and it commeth for the most part in this moneth of October, and the last moneth: for I have met divers times three and foure at once in companies, both men and women. Their living is better cheape in Famagusta then in any other place of the island, because there may no kinde of provision within their libertie be solde out of the Citie.