The Emperor of Brazil Pedro II wrote about his visit to Cyprus during a cruise of the East Mediterranean, on his second European trip before his exile in 1889 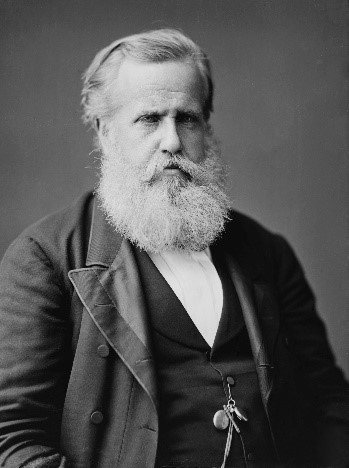 The Emperor of Brazil Pedro II wrote about his visit to Cyprus during a cruise of the East Mediterranean, on his second European trip before his exile in 1889:

I am returning from Famagusta now. The sea was like a mirror so we were all able to land.  I toured for about three hours.  The place is almost entirely a ruin. It looks very pretty with its walls and churches, and date palms rising among them. We disembarked on some stones that reach the shore, anchoring between two wave breakers that the sea had already broken.  I entered through a gate adorned with the Venetian coat of arms with the inscription, ‘Nicolao Priolo Prefect 1494’. I saw the ruins of seven churches.The church of Saint Sophia is a beautiful church in Romanesque style, and it is where the Lusignan kings were crowned as Kings of Jerusalem, after Richard the Lionheart gave them the island of Cyprus. Near the door with pretty, ornate stones, there is a stone laid out horizontally, with six holes --perhaps intended for a statue-- and an inscription of dedication to Trajan, son of Nerva on behalf of the ‘polis,’ and which is a copy.  There are tombstones inside the church, one with the figure of a woman in bas relief and with inscriptions I could not read.  On one of the outside walls, I found an inscription. I can only tell that it is written in French, and has the name of Rogers.  On one side of Saint Sophia there are ruins of still another church with three apses and paintings of the stages of the life of Christ, depicted with artistic feeling and explained in Greek words.  I entered the ruins of another four churches and chapels with paintings that are all damaged to varying degrees.  They almost always depict a knight that appears to me to be Saint George.  I also passed the ruins of another church without entering and I visited the castle where the main entrance bears the Venetian coat of arms with the inscription Nicolao Foscarino e Foscareno Prefect, and with the date 149 and I think 3.  Above the walls, under which there are very well-constructed vaults, you can see from the side facing Salamis the old covered three-dome convent of St Barnabas, the apostle who preached on this island in the company of Saint Paul.  I must mention the two very pretty doors imitating morisco style and the elegant apse in six segments among the ruins of one of the chapels. It is a shame to see the monuments treated with disrespect.  One of the chapels serves as a donkey stable, and the church of St Nicholas, which stands strong, has a pretty door with small columns and serves as a grain deposit for payment of tributes.  A quarter hour away from these ruins, among which there are still houses of Turks, there is the city of Famagusta itself, which they say has beautiful gardens.  There was no time to see them and in a while I will go to explore the ancient ruins of Salamis.