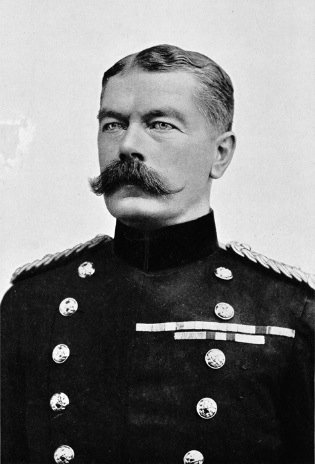 Information was received in Limassol yesterday evening to the effect that Lieutenant Kitchener, R.E., Director of Survey, had been shot at near the village of Pissouri: it appears that seeing a man near where he was at work, Mr Kitchener approached him to ask for some information, when the man levelled a gun at him and kept moving about keeping the gun in a threatening position. Mr Kitchener then went some distance to fetch a native to interpret for him and on returning to the spot the man again levelled his piece and eventually fired a shot at Mr Kitchener, but fortunately without hitting him. The native with him bolted and Mr Kitchener was unable to capture the miscreant.