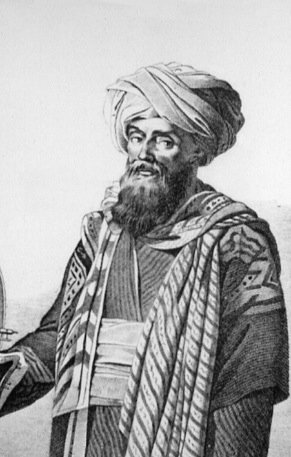 The Catalan traveller Ali Bey el Abassi arrived in Kythrea village but was very disappointed with what he saw:

I left Nicosia at eight o'clock on the morning of April 3 for Cythera, travelling in an N.E. direction I passed at nine o'clock a village called Diamiglia, and three-quarters of an hour later I had reached my goal.

The great plain of Nicosia stretches to the outskirts of Cythera which is surrounded by mounds of clayey soil. How a poetic imagination would warm up at the sight of these spots consecrated of old to the mother of love!

I had met at Limassol an English traveller, Mr Rooke, who had visited Cythera, and told me that his fancy had filled up the blanks of the real scene so that he had pictured to himself as present the goddess surrounded by her court.

My brain, little given to illusions, failed here to supply me visions in contrast with what offered itself to my senses: the Graces, Nymphs and Loves would not lend their charm to the view of poor Cythera which I can only compare to the most wretched hamlet of the Comte Venaissin, or the Limagne of Auvergne. It is just a slip of country of irregular shape, with orchards and mulberry trees, about a league from N. to S. but quite narrow.