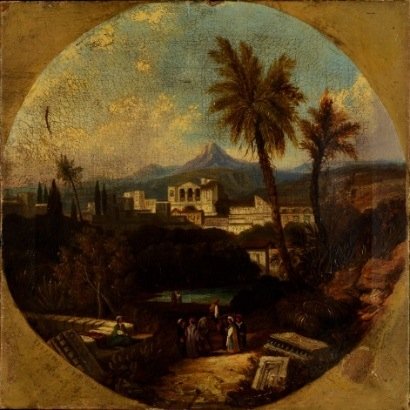 The British traveller William Turner, stops in Larnaca and is impressed by the city:

The traveller certainly sees in Cyprus that he is in a more civilised spot than he must often expect to find in Turkey. Larnaca, the second city in the island, contains about 1,000 houses and the Marina consists of about 700 more. Though the streets by the depth of the mud which they present, evidently shew themselves to be Turkish, yet one meets in them carts drawn by oxen of a much better construction and workmanship than I have hitherto seen in the Ottoman Dominions. And every family in tolerable circumstances keeps a calesh, like our one-horse chaise when the covering is up, but not quite so high (drawn by a single horse) which they bring from Tuscany.