The British diplomat William Turner noted in his journal 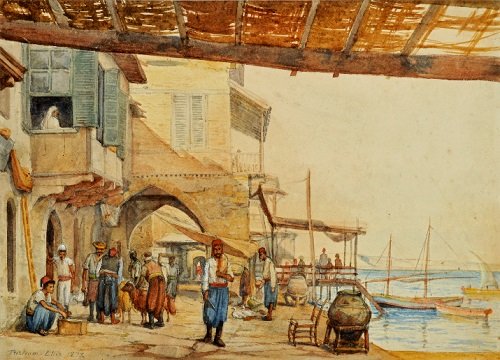 The British diplomat William Turner noted in his journal:

At eight we entered Nicosia, where, as I had nothing new to see and the female part of the party was very tired, we stopped indoors the rest of the day, except a visit we paid in the evening to the Archbishop with whom we supped. We are lodged in the house of an Italian, who has been a soldier in the French army and fought in the battles of Jena, Austerlitz and Eylau. He now exercises in Nicosia his trade of a cabinet-maker, in which he is an excellent workman and has to his great regret married a woman of Cyprus- I must not say a Cyprian.