The British Consul to Aleppo and Cyprus, Alexander Drummond, visited Larnaca and Skala 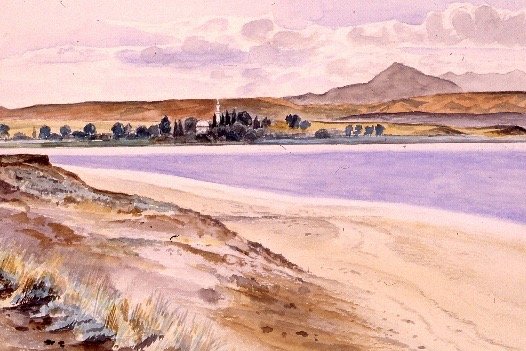 The British Consul to Aleppo and Cyprus, Alexander Drummond, visited Larnaca and Skala:

A little further than this salt lake, is a mosque called Tokkee, whither the musselmen repair with great devotion, to offer up their prayers at the grave of Mohamet’s grandmother, who, they believe, is here interred; though in what manner the good old lady was transported hither from Arabia, I have not yet been able to learn. Nor are the Greeks destitute of such another pious imposture. At Salines is a church dedicated to St Lazarus, who was raised from the dead by our Saviour, and afterwards interred in this place. The architecture is such as I never saw before; and now they can only shew the precious hole in which his body was deposited.