The author Ch. Fürer from Nuremberg described what he saw in the island of Cyprus 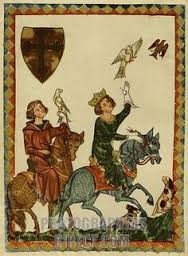 The author Ch. Fürer from Nuremberg described what he saw in the island of Cyprus:

The nobles are greatly given to amusement, especially hunting and hawking, and at certain seasons of the year, at Carnival especially, they hold solemn games and banquets with great cost and splendour. In their rules of succession the eldest brother takes the title and property to the exclusion of his juniors. Nowadays they mostly marry the daughters of Venetians. At the time we reached the city the inhabitants were making great commotion, and storming the house of some official, because they had discovered that the greatest part of the corn, in which the country abounds, was being sent out of the island, so that bread was lacking for their daily food. At last some of the chief nobles came and with soothing words and promises appeased the rioters.