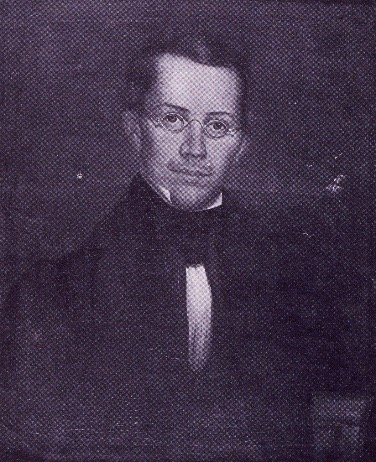 Yesterday morning a young Frenchman formerly clerk of Mr Raibeaud, French consul, shot himself through the head and tore off all the upper part of his skull, with a cerebrum and a cerebellum. He lived in illicit intercourse with a young woman who was with the French consul, and who died in childbirth not long since. The child also recently died. It seems that he has also lived in illicit intercourse with a young widow and was at the same time trying to gain the affections of a young woman near. The father objected to his marrying her on the ground of his character, but told him that if he would forsake all other women he might have his daughter. On his promising to do so, the daughter put a March ring on his finger and he told her that if she would help him it should be the seal of his promise. He nevertheless went the same evening to his mistress and on her making the discovery of what had transpired, she went to the other and began to abuse her. The infatuated young man about daybreak yesterday morning put an end to his existence. The Latins and Greeks refused to bury him, but the latter put his remains in the Protestant burying ground.