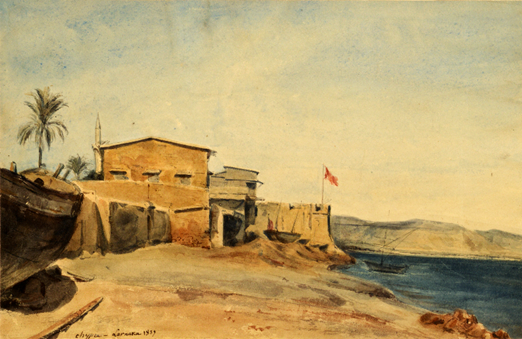 The American missionary Lorenzo Warriner Pease did his best to help with education in Cyprus by donating books:

A woman who has a son named Frangiskos Panagis, has been to me two or three times to ask aid in purchasing books for her boy. He has been to the Larnaca school sometime, and has made good progress. His parents are poor. After consultation this morning, we concluded that we might give gratuitously of all books printed at the Smyrna and other missionary presses to diligent scholars in Mr. Themistocles’ school and also of all Greek (one) books in the depository: but that we couldn’t give others except in special cases. We voted Plato’s Catechism to the school (one copy). I told Mr. Themistocles our resolution tonight, And that if he would use these books in his school we would help his scholars. He said he did not banish them from the school but that, as we did not have a complete set of the climax, he was obliged to send for something else.